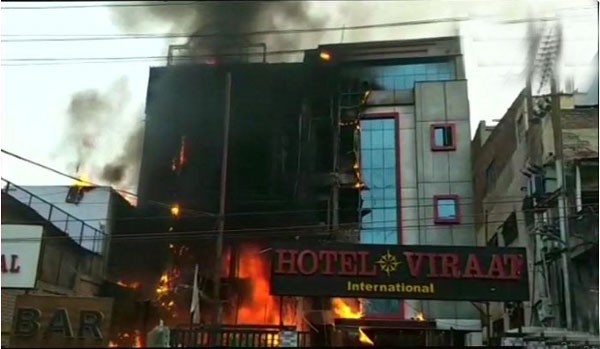 Lucknow: Five people were killed and at least four others were injured after a major fire broke out in SSJ International hotel in Lucknow’s Charbagh area in the early hours of Tuesday morning. The fire, which broke out at 7 am, has been doused.

“Four people have died and more than 50 people were rescued from the building. Cause of fire still to be ascertained. If we find any lapse on hotel’s part during our investigation, we will take strict action against the people concerned,” S Pandey, IG Lucknow said.

Cause of fire yet to be ascertained, investigation is underway, they added. Initial reports said that blaze had injured five people, who were admitted to a nearby hospital. Later, it was reported that two other the injured succumbed to their injuries in the hospital.

Their cause of death will be confirmed after the post mortem but the asphyxiation from smoke is likely to have caused their demise, the sources said.