Need for a law and guidelines to regulate such shops 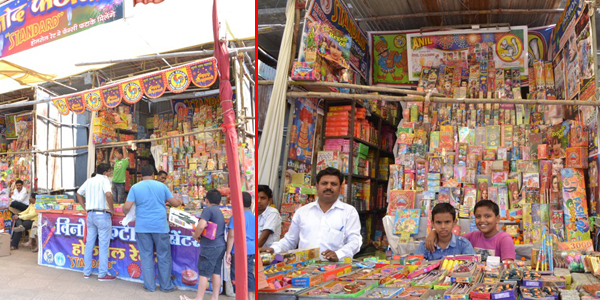 After acquiring all these permissions alone can one person set-up a stall.

Nagpur Today did a random survey of the stalls and shops erected to sell fire-crackers in the city. Nearly 80 per cent shops or stalls had neither a bucket of sand nor fire-extinguisher in the shop.

When enquired, the Chief Fire Officer Rajendra Uchke said that 800 shops have been given conditional permissions. According to the Chief Fire Officer Uchke, there is no mandate that makes it compulsory for the retailer of fire-crackers to have a fire extinguisher. There are no guidelines that exist on what should and shouldn’t be there in shop selling fire crackers.

Since there is no law that exists the Local Fire department in order to control probable cases of fire and in public safety interest, has made it compulsory to have a bucket of sand and fire-extinguisher. The CFO also added that it becomes impossible to check all the shops of compliance to their mandate. 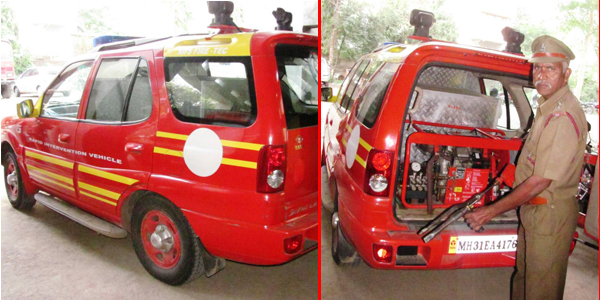 If the fire department has a threat perception of a shop or stall, they have powers to seize the entire goods after conducting a panchanama. He also added that those shops or stalls not adhering to the mandate of the fire department will be blacklisted and will not be given permission the next year. 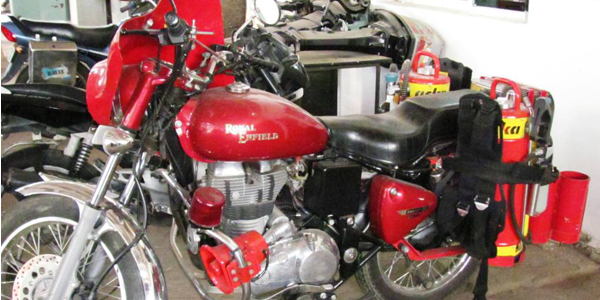 When Nagpur Today wanted to know who will be taking action against the erring shopkeepers, the Police Commissioner K K Pathak said that he is on leave and would have to check the law before commenting anything. The Joint Commissioner of Police Sanjay Sexana said that why should they take any action against those shop or stall owners who are not keeping any preventive measures like fire-extinguishers. According to him, this is the duty of the fire department and they should be taking action against the erring shopkeepers. The DCP Sunil Kolhe too was of the similar opinion. According to an Advocate, the police give permission only on a prescribed form in triplicate with all the instructions including preventive steps along with an affidavit which includes an undertaking that the seller of firecrackers will be responsible for any fire accident and he will take all preventive steps to prevent and fight fire.

who is to hold responsible in case of a major fire in fire stall? Does the onus lie on the shop-keeper alone or does it also lie on Fire-Department, Police and other local bodies.