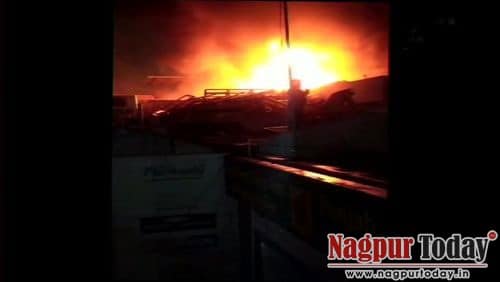 A fire broke out at a furniture shop in Timber Market in West Delhi’s Kirti Nagar in the early hours of Tuesday, officials said. No casualty was reported in the incident, the Delhi Fire Services officials said.

A call about the fire was received around 3 am after which eight fire tenders were rushed to the spot, a senior fire official said. The fire was doused within four hours, he said.