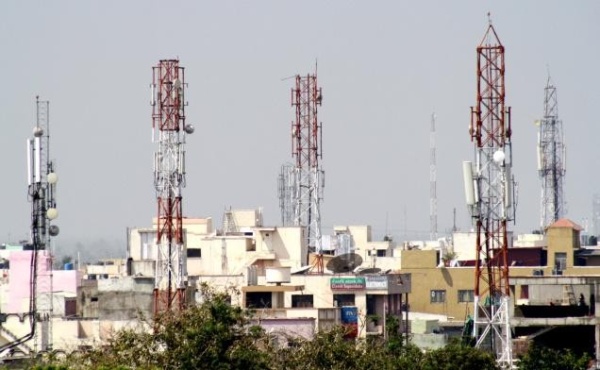 Nagpur: Telecommunication has become especially important in recent years because of the enormous growth of Information Technology. The gigantic increase in number of cell phones and wireless communication devices holders has resulted in the erection of mobile towers across the city in most haphazard manner. The mobile companies in order to provide 3G and 4G network are on mobile tower installing spree.

The mobile towers are a must for good service but the companies are violating the laid down rules brazenly. The rooftops of dozens and dozens of buildings in thickly populated localities such as Itwari and Gandhibagh are dotted with mobile towers. The mobile companies are not even ensuring whether the buildings are ‘authorised’ or not. Moreover, the companies have been found lacking fire-fighting machinery as the control rooms of the mobile towers are equipped with highly inflammable materials such as network of cables and wires, coolers, backup diesel generators. In the notorious Nagpur summer, even a spark could trigger massive fires at the rooftop mobile towers. According to Fire Brigade rules, NOC is required for erecting mobile tower at a building above 15-metre high. At these buildings, fire-fighting tools are a must. But the rule is being snubbed by the mobile companies.

A look at the buildings in Itwari and Gandhibagh, the commercial hubs of city, revealed that mobile towers have been erected on terraces of 25-metre high buildings but no NOC has been procured from Fire Brigade. Moreover, many of the buildings are not ‘authorised’ (illegal construction). Since the areas are thickly populated, a fire at any of the mobile towers could cause a major disaster. Even as hundreds of mobile phone towers have dotted the skyline of the city, these have become a cause of worry for the residents living nearby. In absence of laws for preventing the installation on rooftops, the authorities are no more than mute spectators.

The towers have become a towering source of extra income for some NMC bosses as they deliberately neglect illegal towers erected by some companies. The house-owners or developers are also being spared by NMC authorities in the supposed nexus between the tower companies, NMC bosses and the house-owners or developers. But the haphazard growth of mobile tower network had drawn attention of some alert Corporators. These Corporators had voiced their concern in the General Body Meeting of NMC held in August 2017. They had informed that currently the city is dotted with 551 towers. Of them, 126 towers are ‘unauthorised.’ The number of such towers could have increased today. But the NMC administration remained the mute spectators.

Other hazards the mobile towers posing is making the air toxic for us. There are indicative studies to prove that these radiations are harmful for people living in a 300-meter radius of a tower. Pregnant women and children are at a higher risk from cell phone towers than the normal population. It is very unfortunate to see huge cell towers thronging the rooftops in and around residential apartments, hospitals, schools and educational institutions and this has become more or less a common sight in the Orange City. The cut-throat competition among the various mobile phone manufacturing companies to attract customers is leaving behind a trail of deadly side-effects.