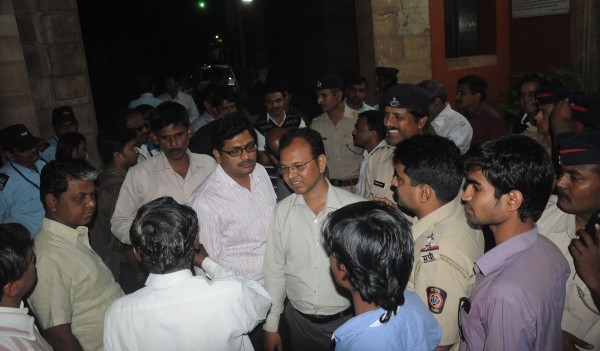 Nagpur News: After the battle waged by hundreds of students of admission barred colleges over denial of appearance in the examinations by RTMNU and the resultant violence and damage to property by the students in the evening of Sunday (January 19), now war on FIRs has broken out between the Vice Chancellor and managements of blacklisted colleges.

On one hand, the Vice Chancellor Dr Vilas Sapkal, expressing his displeasure over actions of the students, has stressed upon filing of an FIR against the admissions barred college managements by holding them responsible for violence. On the other hand, managements of those colleges that have appointed regular teachers threatened to file an FIR against the Vice Chancellor for not providing relief to them despite completing the formalities. A total of 39 colleges have appointed regular teachers as ordered by the Nagpur Bench of Bombay High Court. 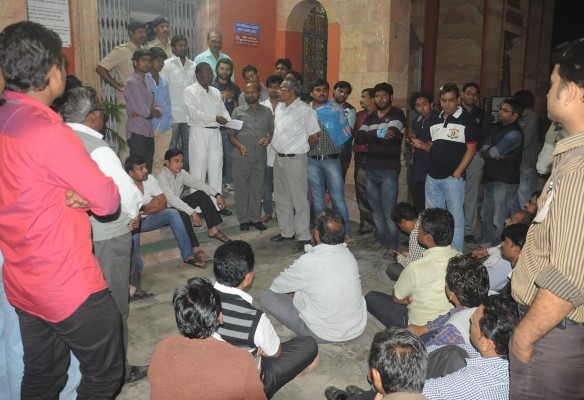 The meeting of Vidvat Parishad  of Rashtrasant Tukdoji Maharaj Nagpur University was adjourned for 15 minutes at 6 pm following uproar by the students but remained adjourned for one and half hour. The meeting started at 7.30 pm again but was adjourned indefinitely. The Vidvat Parishad neither took any decision on the issue of students nor any discussion held on the demand of students for holding special examination. Meanwhile, the member of Vidvat Parishad Dr Baban Taywade assured the college managements that a concrete decision on the colleges would be taken in two days to resolve the issue. 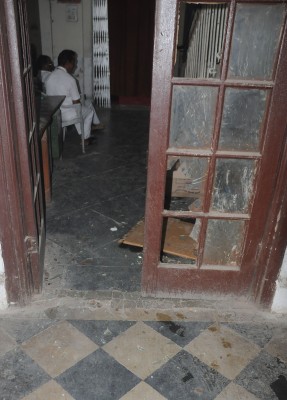 A report prepared by Taywade Committee on the number of students could only be submitted in the Vidvat Parishad meeting. The report mentioned fifth part of total students in urban areas, sixth part of total students in rural areas and seventh part of students in Adivasi areas to facilitate running of courses on regular basis. However, no final decision could be arrived in the meeting. The members demanded running of the courses by the colleges with one regular teacher in the first year and remaining contributory teachers. But the Vice Chancellor Dr Sapkal stressed upon more regular teachers in accordance with the High Court order. The discussion went on over the number of regular teachers. No decision was taken even on this issue in the meeting.