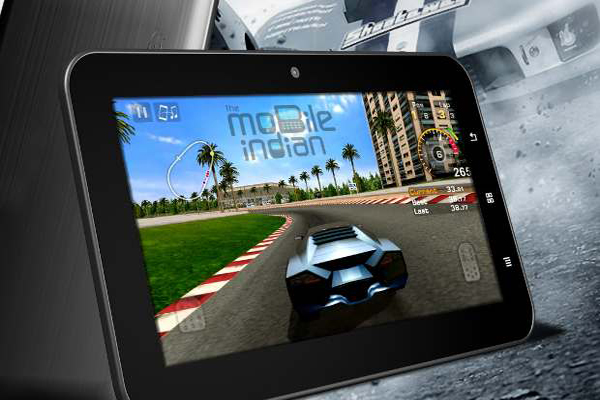 Zen’s first tablet, the Ultra Tab A100, undoubtedly has the best design in the price bracket. The 10.5mm waist-line helps maintain the 295 gm weight that makes it comfortable to hold for long durations. The 7-inch capacitive display dominates the front with no space for any hardware keys. The textured back reminded us of the Acer’s Iconia Tab. While the tablet can be used in portrait and landscape orientations, the power/lock key and volume controls are more handy in the latter. Even the onscreen keyboard can be operated in both the modes.

Along with the smart looks, the tablet also features the latest Android 4.0 Ice-Cream Sandwich operating system. The performance is impressive and for that we have to thank the 1.2GHz processor paired with a 512MB RAM. The tablets can access the net over a Wi-Fi network or using an USB dongle. The tablet comes preloaded with apps like AstroSage Kundli, BSE/NSE, Documents to Go, iBrowser, Free Dictionary, India Newspaper, mig33, Traffic Wonder. On the downside, the tablet has no rear camera, the viewing angles are poor and there are no HDMI ports.

The Penta TPad WS802C from BSNL does not believe in blindly following the competition. For, unlike them, this has an 8-inch touch display that is responsive and fast. The white plastic body, however, doesn’t have a feelgood about it despite the sturdy build. The wide white border around the display add to the style quotient and does not hamper user experience. Meant to be used in the landscape mode, the front facing camera and a set of capacitive keys have been placed on the right side of the display. On the right panel are microSD, mic, OTG, HDMI, host ports and a 3.5-mm jack. Next to the power key on the top are the volume controls. There is also a SIM card slot at the bottom for using BSNL’s 3G network. 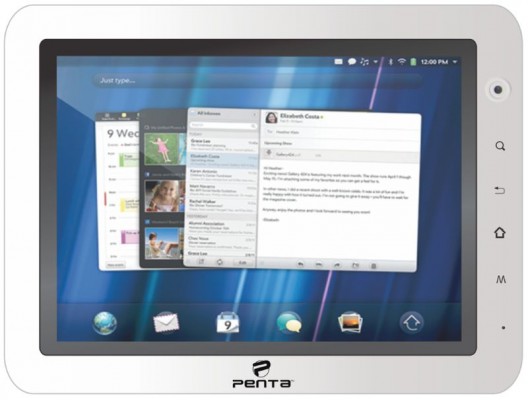 The overall user experience was better than some of the other tablets that we have used. Navigating through the homescreen and menu was quick with no lag in launching the apps. The default browser too was swift and we had no trouble downloading apps from Google Play. In fact, a host of apps are preloaded. Operating on Android v4.0, Ice-Cream Sandwich, this tab has a 1GHz processor onboard, paired with 512 MB RAM.

BAG IT OR JUNK IT? A good tablet, but not worth the price. 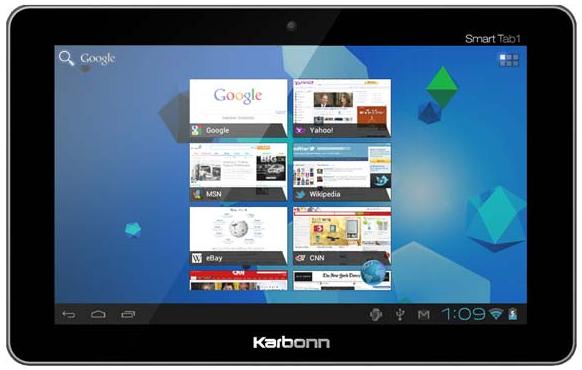 The Smart Tablet 1 from Karbonn does not have great looks. A lot of space has been wasted around the 7-inch display. Done in white plastic, this tab looks thick and bulky. The traditional ‘home, back and option’ keys have been moved to the top panel. The left side panel has plenty of connectivity options including HDMI, mini USB, microSD, 3.5 mm jack and a charging socket. However, there are no physical keys for volume control.

But this doesn’t mean the Smart Tablet isn’t a performer. It operates on Android 4.0 Ice-Cream Sandwich and has a 1.2GHz processor. Powering on the tablet greets the user with large icons. The homescreen has folders such as media, tools, game and Google. You can drag and drop any app to the folder. The five-point touchscreen is responsive and scrolling through the main menu proved a smooth experience. However, there was a significant lag while launching apps.

BAG IT OR JUNK IT? An average tablet. Zen Ultra Tab A100 or Micromax Funbook is better. 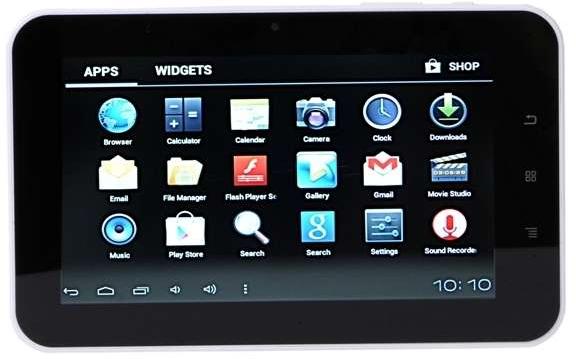 Everyone is coming out with a tablet. Not to be left behind is Akash Institute, which has introduced an iTutor as part of its distance learning programme. This 7-inch Android tablet gives access to basics like web browser, Gmail and Play Store for downloading apps. But its highlight is the Akash iTutor Program that comes preinstalled. Every time you power on or press the home key, the tablet asks if wants to go for the regular launcher or the Edutor Learning Desktop.

While the launcher opens the regular Android 2.3 interface, the learning desktop loads a login page. Students can log in this page using the username and PIN and access the study material loaded on the tablet. The responsive touch display along with the three capacitive touch keys makes it easy to operate. Ideally, this tablet can be really useful for those students who wish to prepare for medical or engineering entrance, but cannot be present in the classrooms. There is no standalone price for the tablet the cost of which will be bundled into different programmes starting from Rs 14,000.

BAG IT OR JUNK IT? Good for those who wish to prepare for entrance tests.