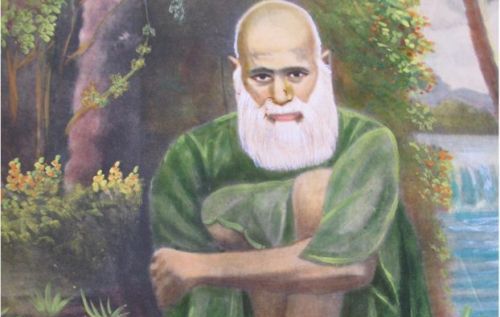 Congress Youth leader and former member of All India Handloom Board Haider Ali Dosani has demanded Maharashtra Government to name one of the three railway stations in Nagpur after Hazrat Baba Tajuddin Auliya.

Dosani, in a letter to Maharashtra Chief Minister Prithviraj Chavan, sought his cooperation in this regard. Dosani informed the Chief Minister that he had submitted a memorandum to Kamal Nath, a minister in Central Government, in 2010. Dosani had urged Kamal Nath to discuss and convince the then Railway Minister Mamata Banerjee for naming any of the three railway stations in Nagpur after Hazrat Baba Tajuddin Auliya but had particularly stressed the name of Nagpur’s main Railway Station

Now, Dosani  has appealed the Maharashtra Chief Minister Prithviraj Chavan to send a proposal in this regard to Central Home Ministry for changing the name of any of the three railway stations after Hazrat Baba Tajuddin Auliya as soon as possible.

“Lakhs and lakhs of devotees and followers not only in Nagpur and Vidrbha but in the entire country would be very happy and also their dreams would come true if the Maharashtra Government immediately sends the proposal to Central Home Ministry for changing Nagpur Railway Stations after Hazrat Baba Tajuddin Auliya,” Dosani said in his letter to the Chief Minister Prithviraj Chavan.

Tajuddin Muhammad Badruddin (January 27, 1861 – August 17, 1925), also called Tajuddin Baba is most revered saint of Central India and has thousands and thousands of devotees and followers not only in Muslim community but in all the communities across the nation. Even devotees from outside the India visit various Durgahs at many places in Nagpur and surrounding areas as well whenever they come to India. Hazrat Baba Tajuddin Auliya always preached his followers:

“Forgiveness is essentially a divine quality and is inherent in almost everyone of us, but in varying degrees. To err is human, to forgive divine. Forgiveness is reckoned in spritual parlance as remission of sin.”