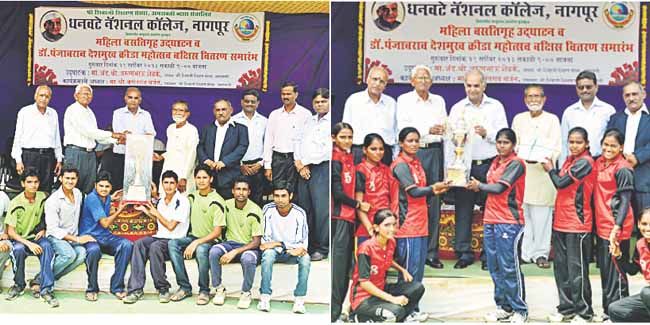 Later, a concluding programme was organised in which prizes were given away to the winners. The programme was presided over by president of Shivaji Educational Institute, advocate Arun Shelke. Chief guests on the occasion were Institute’s deputy presidents, Vasant Charjan and Mahadev Bhuibhar.