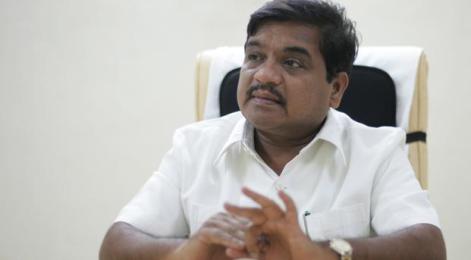 The Home Minister R R Patil announced in Vidhan Sabha that the DIG of Anti-Corruption Bureau will investigate the appointments and bogus caste submission by the controversial Lohar brothers – Sunil, Nitin and Manoj – who escaped stringent action following flawed investigation by the Investigation Officer of the ACB. The Home Minister’s order follows the Call Attention Motion raised by the Leader of Opposition Eknathrao Khadse over the issue of illegal actions of Lohar brothers.

The Opposition Leader, while speaking on his Call Attention Motion, informed the House that the Government appointed Lohar brothers on the posts of Deputy Superintendent of Police (DySP) between 1997 and 2000. The Lohar brothers are sons of former IPS officer P T Lohar and the irregularity in the appointments of them got exposed in 2009. However, the Investigating Officer of ACB Ramesh Ghadiwale submitted a report in the Special Court giving a clean chit to Lohar brothers and said the complaint lodged against them by Maharashtra Public Service Commission (MPSC) is false and bogus. There were no irregularities in the appointments of Lohar brothers, said Ghadiwale in his probe report. He filed “B Summary Report” and requested the Special Court to decide further course of action.

All the three Lohar brothers submitted bogus Nomadic Tribe (B) category certificates but in reality, they belong to Other Backward Class category, Khadse said and demanded their suspension till the investigation is complete in this connection.

The Opposition Leader Eknathrao Khadse demanded immediate regularization of posts of doctors who are working on temporary posts for years together. “Hundreds of posts of Assistant Lecturers, Lecturers, MBBS passed Medical Officers, Dentists in Medical Education and Public Health Departments. There are no advertisements of MPSC for more than 10 years. Therefore, Government filled up the posts temporarily. Now, the Government should regularize the posts,” demanded Khadse in Vidhan Sabha. He was speaking a Call Attention Motion raised by the member Girish Bapat.

Khadse charged the Maharashtra Government with meting out injustice to OBC students. The Government has discriminatory attitude towards OBC category. The OBC students should be given 100 per cent scholarships on the lines of SC, ST students, demanded the Opposition Leader in Vidhan Sabha. Khadse was speaking on the Call Attention Motion raised by MLA  Virendra Jagtap over the scholarships to OBC category students in Amravati Division.