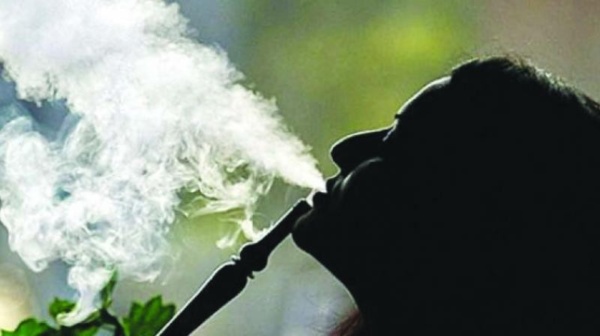 Nagpur: Taking down the youths into its ugly web hands down, hookah parlours continue to thrive in upscale West Nagpur localities, ironically the residential area of Chief Minister Devendra Fadnavis. Most of the hookah parlours are still running full fledgedly and not yet shut down.

It may be mentioned that the government had banned hookah parlours under the Prohibition of Cigarettes and other Tobacco Products Act 2003.

On Monday night, Ambazari police raided five hookah parlours. Among these were Koppa, Three Bags, Haveli on Amravati road and Spread and Nine at Laxmi Bhavan Square. Nine adolescent boys and girls were found smoking in a hookah parlour run in an Apartment in Bharat Nagar. Police let them off after warning.

As Nagpur Today tried to inquire whether the local administration has received a GR for amending Prohibition of cigarettes and other Tobacco Products Act, the District Collector Sachin Kurve was not available for the comment despite repeated attempts to get his version. When contacted Nagpur’s Police Commissioner K Venkatesham said he had no idea on such a development. However he informed that Nagpur citizens are opposing the hookah parlour as it is threat to the law and order situation in town.