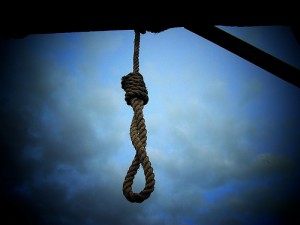 Nagpur News: Under depression after his grandmother’s death, a 25-year-old Pratik Burade hanged himself at his Chandan Nagar residence in Imambada police station area on Wednesday.

Burade, who worked as a marketing executive at private company, had left no suicide note. His family members informed cops that he was very close to his grandmother, who died over illness around two years before. They told that Burade was so dejected that he had even earlier attempt to commit suicide twice but was saved timely by parents. On Wednesday, Burade’s mother had gone to a neighbour’s house and Burade took the extreme step.

In another incident, Ajay Pande (26) committed suicide by hanging himself at Bhavani Nagar residence in Pardi. Pande, who owned a transport business, leaves behind wife and a two-month-old son. Kalamna Police registered a case of accidental death.