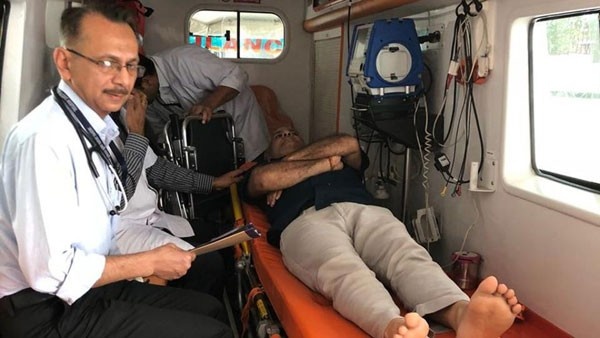 Sisodia is being taken to the LNGP hospital after his ketone level reached 7.4. He has been on an indefinite hunger strike for the past seven days at the LG’s residence against the alleged strike by the IAS officers of Delhi government.

Both the ministers along side Chief Minister Arvind Kejriwal have been holding a sit-in at the LG office demanding that Baijal direct IAS officers to end their “strike”. They also demand that the Lt Governor approve the proposal for doorstep delivery of ration.