The undisputed best performing Bollywood actress of 2014 Deepika Padukone is busy sweeping awards at various award functions and filling up his house with trophies these days. But her heart is empty at the moment. No we don’t mean that Dips doesn’t have a heart with feelings. Of course she feels happy and has her heart beating in good health but she admitted to have nobody special in that heart for which she can take deep breath and sighs. Deepika had in an interview cleared the air over the rumours of her intimate relationship with her Ram Leela co-actor Ranveer Singh.

Though Deepika has been continuously turning ignorant over the questions being asked in this regard but this time she broke her silence. When asked if she was single, she said, “Yes …yes.” “You are happy (now),” she told reporters at an event in Mumbai on Thursday night.

Deepika, who turned 28 on January 5 spent her birthday with Ranveer and the alleged couple was spotted together in New York.

The actress had also ignored the question about her relationship with Ranveer on Karan Johar’s chat show ‘Koffee with Karan’ and instead asked, “Am I dating him ?”

Sometime back, the pictures of Ranbir Kapoor and his rumoured girlfriend Katrina Kaif were published by the magazine. And now Deepika’s photos with Ranveer are going viral but the actress is not worried about the pictures getting published. “It doesn’t matter as it is part of what I do. When the issue releases I will buy the copy to read it,” she said.

And What about this Deepika…??? 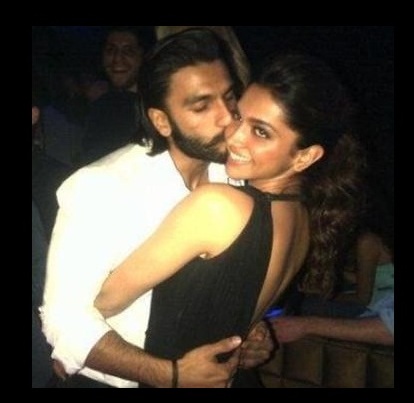 When Ranveer Singh recently hold Deepika Padukone publicly, she appeared cheered up with naughty smile. Ranveer might be wondering over Deepika’s single status… How???