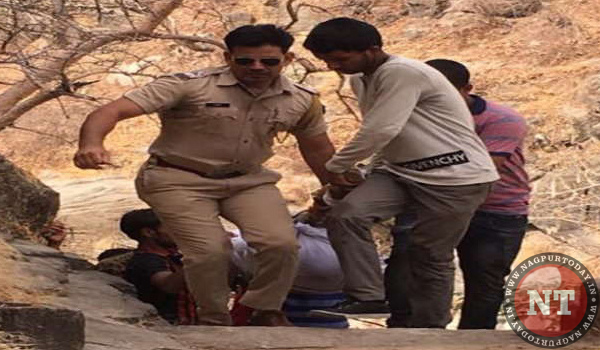 Rajsamand: The selfie obsession is going deadly by the day. In yet another shocking incident to record the swimming adventure three youths slipped into deep waters as they took plunge into Gauri Dham Kund under Devgadh police station in Rajsamand district of Rajasthan. The bodies have been recovered and sent for post-mortem. A case has been registered by the police and investigation is underway.

The trio had set the camera on recording mode as they entered the Kund one by one. Immediately one of them slipped into the deep water and in an attempt to save him, other two also drowned. The incident, which happened on Saturday evening has left the viewers aghast as the video is fast getting viral.

The police could only fish out the bodies on Sunday morning as the bodies could not be traced due to darkness.
The deceased have been identified as Radheyshyam Khatik, 25, resident of Lambudi, Kumbhalgarh, Chetan Khatik, 23, resident of Potla, Bhilwada and Sudarshan Chandel, 22, resident of Bhim. All the three were reportedly relatives and also good friends. The trio had arrived near the spot to attend a wedding ceremony and from there they reached Gauri Dham Kund to take a dip.