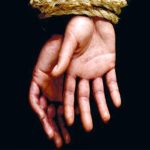 Nagpur: Acting on a tip-off, a team of Lakadganj police on Monday raided a brothel in Ganga Jamuna (Red Light) area and rescued a minor girl, kidnapped from Rajasthan and pushed into flesh trade. A woman pimp has been arrested and two other women have been booked for abetting the crime.

The Lakadganj police received information from Joy Masih of an NGO Freedom Firm that minor girls are being pushed into prostitution in Ganga Jamuna area. Subsequently, a team of cops raided brothel of accused Maltibai Naranga Karmavat (48) and found that a minor girl, abducted from Rajasthan, was pushed into flesh trade by the accused for self gain. The minor girl was detained in a small room and exploited sexually by clients. The room was provided by two other accused namely Lajjabai and Savitribai. The victim minor girl was rescued by the raiding cops.

The accused Malti Naranga Karmavat, resident of Ganga Jamuna area, Lajjabai and Savitribai have been booked under Sections 344, 366(A), 370(A) of the IPC read with Sections 3, 4, 5, 6, 7, 9 of Prevention of Immoral Trafficking Act and Sections 4, 8, 12 of Protection of Children from Sexual Offences Act. The accused Malti Karmavat was put behind bars.