A special meeting of General Secretaries, In-Charges and Pradesh Presidents, presided over by party President Sonia Gandhi, was held on Tuesday 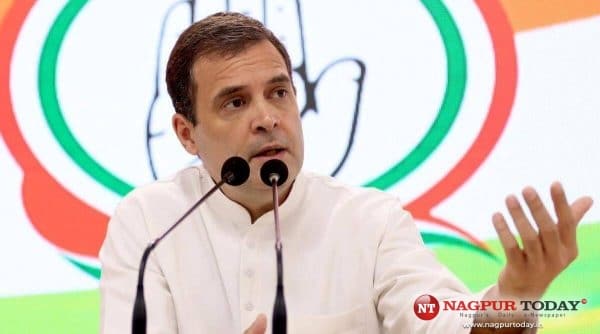 Nagpur/New Delhi: In a major announcement, the Congress on Tuesday said it will undertake a massive nationwide membership drive from November 1. The party made the announcement after a special meeting of General Secretaries, In-Charges and Pradesh Congress Presidents which was presided over by party President Sonia Gandhi. Former Congress President Rahul Gandhi was also present at the meeting and participated in the deliberations.

The Congress special meeting resolved to undertake a massive membership drive from November 1, 2021 till March 31, 2022. It was unanimously agreed that the Congress would reach out to every nook and corner, every ward and village across the country and offer Indians in the remotest parts, a platform for their aspirations. Special emphasis was laid on enrolling first time voters as members of the Indian National Congress.

It was also agreed that Congress leaders and workers will especially visit the localities and homes of our brothers and sisters belonging to the Scheduled Castes, Scheduled Tribes and Backward Classes; hold interactions with these sections by laying special focus on the steps initiated by the Congress Party for their welfare and inclusion. As also identify the way forward for addressing the pain points.

It was also resolved to take on the enrolment of women members in mission mode from all sections of society. The core idea is not just a nationwide outreach to specific sections of youth, women and the marginalised but also to bring out the fact that the Congress Party is the only vehicle to fight the designed attack on the lives and livelihoods of these sections by the policies of the Modi Government.

The special Congress meeting recognised a diabolical and systematic attack unleashed by the BJP/RSS not only on the Congress ideology but on the core fundamentals of justice, equality and affirmative action enshrined in the Constitution. The meeting expressed concern over the systematic subjugation of democracy by unconstitutional means and virtually holding every institution captive to the whims and caprices of the ruling elite.

The meeting noted that every party functionary-from ordinary Congress workers to the senior most Congress leader would need to take on this fight based on the core of the Congress ideology and the founding principles of India. To do this meaningfully, it was resolved to initiate a comprehensive training programme at all levels of the party.

The AICC office bearers and the PCC Presidents agreed to undertake issue and policy-based training programmes to counter the vicious propaganda, lies and malicious campaigns unleashed by the ruling regime, both by word of mouth and through social media. Their perverted attempt at rewriting India’s founding principles endangers both, the core of our democracy and polity and we must fight it in the national interest.

All present unanimously reiterated the party’s resolve to fight the sinister attack on the agriculture sector and millions of farmers, the grave unrest on account of unprecedented unemployment, the debilitating attack on people’s budget by unpardonable increase in prices of petrol, diesel, cooking gas, cooking oil, building material and every household item.

The sorry state of country’s economy bordering on collapse and an impending economic recession is made all the more worrying as the Modi Government remains clueless and directionless on correcting the economic downturn. The net result of their policies is that a handful of crony capitalists continue to grow their wealth by several crores everyday while small businesses, MSME’s, marginal shopkeepers and entrepreneurs become victims of their greed losing their hope, savings and livelihoods.

It was resolved that a massive grass roots agitation on inflation called Jan Jagran Abhiyan will be launched with the involvement and participation of the senior party leaders, party functionaries and common person who is hurting from these draconian steps between November 14th to 29th, 2021.

In the end, it was recognised that the soul and values of India are under a sustained and unrelenting attack by the vitriolic and divisive agenda of the BJP/RSS. A responsibility lies on the shoulders of the Indian National Congress to help heal these wounds and rebuild the bonds of brotherhood and fraternity embodied in the idea of Vasudhaiva Kutumbakam.