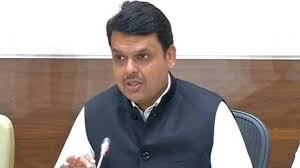 Nagpur: Dark clouds surround the lecture of former Maharashtra Chief Minister and current Leader of Opposition in the State, Devendra Fadnavis on Citizenship Amendment Act (CAA) here, as the city Congress has raised the objection on the programme and sent a letter to Education Minister (Maharashtra) Varsha Gaikwad.

Despite the order issued by the Department of Education which clearly prohibits any sort of programs that are politically sensitive to be organized inside the schools or academic vicinity. Such event was organized in the city. Following which the Congress General Secretary condemned the event and also sought action against the Dharampeth Shikashan Sanstha for violating norms set by the Education Department.