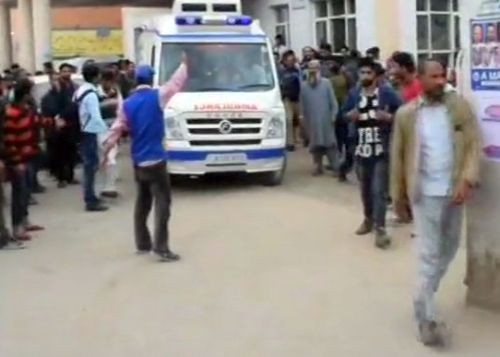 Patel was travelling in his car when he was attacked by the terrorists. Two of his Personal Security Officers were also injured in the attack. The terrorists fled with their service rifles after shooting Patel.

A police official said Patel, a resident of Shadimarg area, succumbed to injuries while being taken to a hospital. He added that both the injured policemen are being treated at the hospital and their condition is stated to be stable.

The security forces have cordoned off the area and a search has been launched to nab the attackers, the official said.

Patel was earlier with the Peoples Democratic Party. PDP leader and J&K Chief Minister expressed her condolence on Patels death. Heartfelt condolences to the family of senior Congress leader, GN Patel who was killed by militants today in Rajpora. Such cowardly acts achieve nothing but leave one more family devastated, tweeted Mufti.