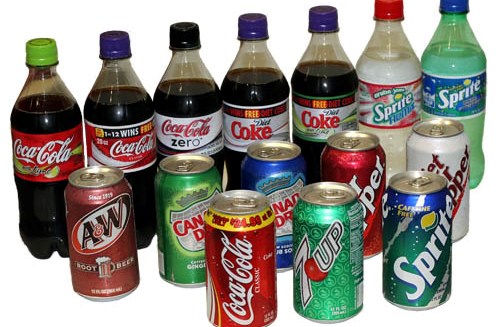 Not withstanding the awareness campaigns “Jago Grahak Jago” (Wake up consumers) carried by Government, NGOs, Consumers’ Forums, the consumers to some extent wake up. However, the ground reality in some way is contradictory. They are awake but still fall prey to clever tactics of the trade.

Now-a- days, the blazing summer days, several consumers have been finding their pockets getting lighter and lighter whenever they visit any trader for purchasing cold drinks like water bottles, aerated drinks of various brands that have flooded the markets, courtesy the blistering summer or, even, milk vendors. The traders are coolly charging the thirsty people with much extra money knowing well the consumer will not care for the cool tactics applied by the traders for quenching their thirst, albeit, with extra cost well and above the MRP (Minimum Retail Price).

The cold drink bottles carry specific MRP in bold writing but the trader citing the reason of not receiving charges for cooling and refrigeration from the cold drink companies, recovers extra “cool” money from consumers ranging from Rs 2 to Rs 10. The King (As the consumer is popularly called in India) bows to his server helplessly despite several awareness campaigns in his favour.

If a consumer, the number is almost negligible, dares to ask the trader for overcharging vis-à-vis MRP, the consumer is coolly advised to go to the next trader. The next trader, again coolly, advises the consumer to go to next trader, the next, next and, next, chain continues till the consumer goes more thirstier and pays the extra “cool” charges for his choicest cold drink.

No need to tell the tale of boiling temperatures the consumers are going through this summer. The Sun God is creating a record after record of maximum temperatures on daily basis testing the endurance power of the Nagpur citizens who have no choice but to surrender to the wrath of Sun God and take protective measures in various cool ways. The purchasing of the cold drinks being the major measure of the protection. The demand, too, for cold drinks, has soared to new height, like the temperatures soar to new records.

NO BILLS: The traders refused to provide bills to consumers who purchase the cold drinks in bulk for any reason the most important being the marriage ceremonies and other functions. The number of traders who facilitate bulk supply to needy consumers count a few in the Orange City. Even the fruit juice vendors who make consumers happy with fresh fruit juice are go scot-free as there is no MRP on loose glass of juice thus making it easier for them to rob the consumers by charging them with hefty amounts. Even the orange juice in Orange City is much costlier than the other cities as has been witnessed by the consumers who cherish the luscious orange juice.

The All India Grahak Panchayat has appealed to the consumers to lodge complaints with them against the traders who are charging for cold drinks well and above MRP. The Government agencies, too, should act against such traders instead of waiting for complaints from consumers.

However, the million dollar answer to all these tactics and counter tactics is. Neither the consumer is interested in the “useless” complaint nor the officials are interested in taking action against the traders’ community.