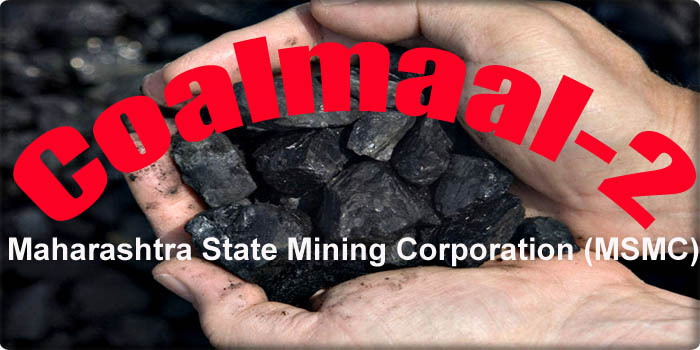 Nagpur News : As the winter session of state assembly already started in Nagpur, setting the stage for demonstration, rallies and stormy proceedings in both the houses, another issue on coal block allocation has emerged which appears to be getting murkier by the day. While the Inter-Ministerial Group (IMG) and Coal Ministry are on cancellation spree de-allocating the coal blocks awarded to the mining corporations of states like Chhattisgarh, Orrisa and Jharkhand, it chose to ignore the serious facts relating private companies. This exposes the dual standard of the two governing bodies.

Sources reveal that private players who were allotted the coal blocks were being let off by a meager seizure of bank guarantee in the range of 10-20 crores while the cost of the coal block falls in the price band of Rs 400-500 crore each. Such private entities have smartly escaped the de-allocation against these seizures. The entities have direct or indirect connection to various political parties due to which no party is willing to fire up the issue, sources added.

This raises a question as to why IMG and Coal Ministry are applying dual standards in sorting out the matter. While the government companies found on the erring side were devoid of the coal blocks, the private companies have managed to keep their coal blocks intact, just by letting go the bank guarantee of Rs 10-20 crores which stands very little as compared to the cost of properties allotted to them.

The recent probe in the matter showed that these companies have booked tremendous profit by giving 10 percent share of the coal blocks to the other parties at the whopping rate of Rs 100 crores each. By simple arithmetic it can be understood how these companies multiplied their funds by a smaller investment as a bank guarantee, given the cost of a small coal block in the country stands somewhere around Rs 500 crore.

Even an industrialist in Nagpur allegedly sealed the deal for a block for Rs 150-200 crore.

Another glaring example is of Maharashtra State Mining Corporation (MSMC), which was allotted 4 blocks. While one was cancelled for environmental concerns, rest of the three was sold at throwaway prices to private companies. MSMC had also planned to enter joint venture with Tamil Nadu Electricity Board to start work at Garepalma coal block in Raigad district of Chhattisgarh, but nothing has been initiated till date. The startling revelation about this JV was that MSMC has kept only 26 percent share with it while a major pie of 74 percent was passed on to Tamil Nadu Electricity Board. MSMC had also talked of establishing a power plant at Nagbheed near Chimur but it could not even manage to get the land for it.

Meanwhile, most of the companies have switched uses of the coal blocks after associating themselves with MSMC. Some have even sold its share while most of the others have leased it out to other companies, in blatant violation of the prescribed norms.

MSMC was suppose to received the security amount of Rs 420 crore from a private company which had to clear the dues in 4-5 years but the company paid only Rs 83 crore. The company also alleged MSMC of not providing the necessary sanctions to start the work, and hence they would not provide the remaining amount. The reason behind the non-execution was that MSMC has been running without managing director and chairman, for the posts were lying vacant for the last 2 years. Those holding the additional charge for these posts are least bothered to delve deeper into its functionality.

Neither the state government nor the central government could adhere to this urgent need of filling up the vacant posts at MSMC.

Insiders reveal that had the valuation of the coal blocks done properly, as was seen to be estimated in Chhattisgarh, MSMC could have fetched up to Rs 1000 crore for each block. Going by the figures, MSMC apparently caused a major revenue deficit just to benefit private companies.