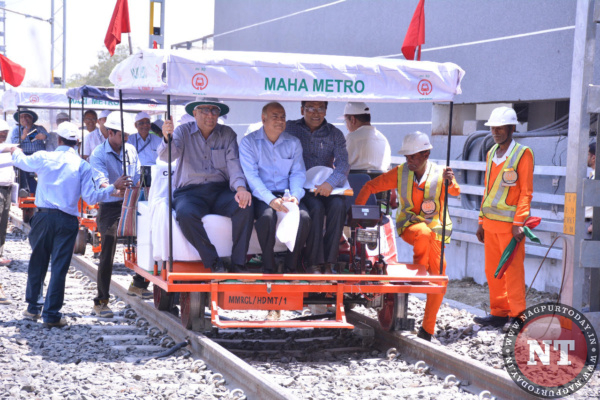 Nagpur: The second and final inspection of Maha Metro Nagpur project was undertaken by a Commissioner of Metro Rail Safety (CMRS) today. The inspection, which went on for the whole day was conducted by two member team, led by Arvind Kumar Jain, Commissioner of Metro Rail Safety (CMRS), Central Circle, Mumbai and a senior IRSE official. The team started inspection from Airport South Metro Rail Station and inspected all facilities provided there. The team of 2 officials, which also included E Srinivasan, Deputy CRS, Southern Circle, Bangalore first inspected the ticketing system at Airport South Metro Station. That was followed by inspection of the Station Control Room, Auxiliary Sub Station Room and other similar sites there.

The team of officials also talked to the officials and employees posted there and held detailed discussion about the facilities provide there. The team of officials also checked the telecom and signaling system, evacuation system and rescue machinery in case of any emergency, alarm system installed at the station. It also checked the surveillance system installed at the system. The team of two officials conducted similar inspection at the other two Metro Stations of New Airport and Khapri. The two officials, accompanied by senior officials from Maha Metro Nagpur, also inspected track and traction system between the three stations. The officials moved on the trolley to check the track between the stations. 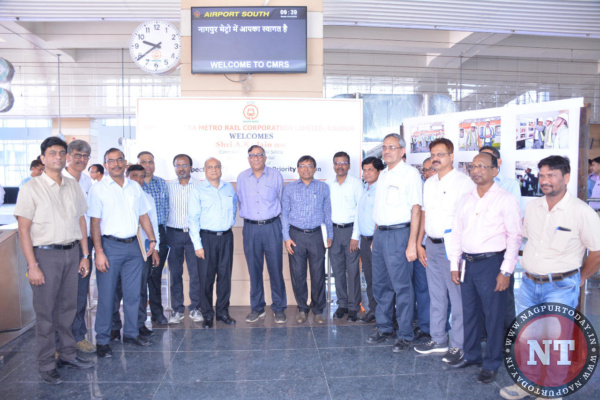