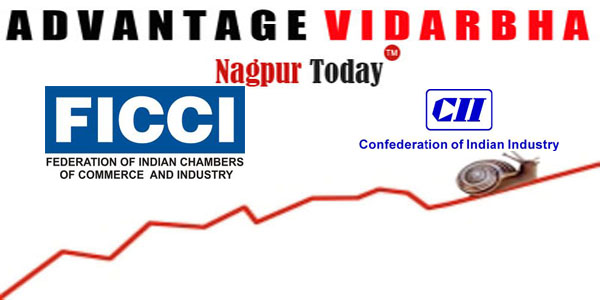 The final stage preparations are going on at war footing level to mark what is dubbed as the largest event to promote industries in the region. Advantage Vidarbha – a two day event to be held in hotel Centre Point at Ramdaspeth in Nagpur would witness over 350 industrialists from across the country. A detailed discussion regarding industrial expansion in various districts of Vidarbha would be taken up in the conference.

A blue print regarding various industrial projects have has also been prepared.

Top industrialists including Tata Group CEO Cyrus Mistry, Gautam Singhania of Raymonds, Sajjan Jindal of Jindal Steels, Rajeev Vaishnav of Nasscom and Ghadiyali would be prominently present in the event. Besides, Chief Managing Directors of BHEL and Maruti Company would also be participating in the programme.

Moghe informed that first day would be the discussion session during which detailed talks would be conducted on various textile industry, automobile, minerals and energy machineries. In the evening specific department officials would remain present to discuss on the specific projects. A dinner has also been hosted by the Chief Minister on the first day.

On February 26, there would be next round of discussion comprising agriculture, food processing, information technology, medicines, logistic and tourism sectors.

The delegation of industrialists would also visit Butibori industrial area for both the days.

The MoUs pertaining to the investment of around Rs 14,000 crore is expected to be signed between the industrial groups and the government.

These mainly include MoUs concerning expansion project of Ambuja Cement along with the companies like Amba Iron, Hindalco, Prithvi Ferro etc.

An institution named KPMG has been made knowledge partner of the event while Federation of Indian Chambers of Commerce and Industry (FICCI) is providing special support for the event. MIDC, MTDC, Cidco and Mhada are also supporting Advantage Vidarbha.

Munna Ojha and Jitendra Moghe were also present in the press conference.

The officials relating to the organizing of event are quite reluctant to make the necessary support system for the success of Advantage Vidarbha. Despite the whopping budget of Rs 1 crore earmarked for the event, the officials seem to be hitched in spending the amount. This has created great deal of hurdle in generating resources for Advantage Vidarbha.

The man behind the ambitious event Advantage Vidarbha Shivajirao Moghe who is also the state’s social justice minister wants the event to be successful no matter what it takes. He came out openly saying that take the credit or importance whatever one wants but the event should have to be successful for the betterment of the region.