The Chief Minister Prithviraj Chavan, speaking at the direct interaction with the students, said that Nagpur is not lacking behind in manufacturing units. Major industry giants like Boeing, Lupin, Railway Container Depot will soon start functioning. In Mihan, Tata Consultancy Services (TCS) in coming year will generate about 16,000 jobs and Infosys is expected to generate 12,000 jobs in the region. Government is also concentrating on textile sector since Vidarbha is rich with cotton. The new textile policy will bring Rs 40,000 crore investment for textile sector and more than 1 lakh jobs will be created. 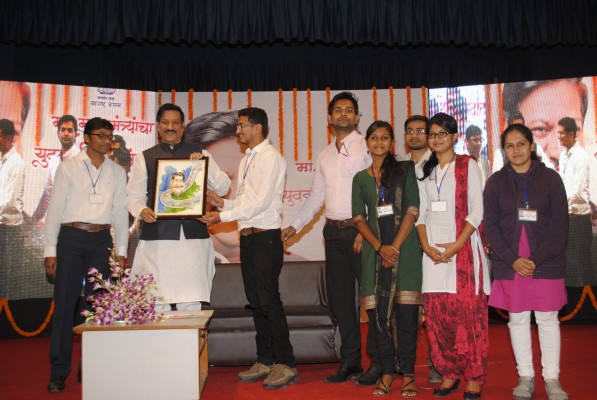 Nagpur News: The Chief Minister Prithviraj Chavan asserted that the Second Capital City of Nagpur will emerge the growth city in future and will be destination for industrialists not only from Maharashtra but across the country, and even multinationals.

The Chief Minister was speaking at the direct interaction with the students from various colleges of Vidarbha at St. Charles School Hall in Seminary Hills on Sunday and got himself apprised of students’ views on various crucial issues. Chavan skillfully answered the questions put up by the students on issues of social, political, economical, educational, industrial development, tourism, agricultural, employment, common people’s daily livelihood and other issues.

The student Ashvini Ojha raised the question of Vidarbha’s development. The Chief Minister, while replying to the question, Vidarbha’s land is conducive for industrial development. He assured the students that the industrial development of Nagpur and Vidarbha as well will pick up. The flagship Mihan project will kickstart very soon. The organization of “Advantage Vidarbha” Conference in February this year is in the direction of providing jobs to unemployed youths in large numbers. Many big industrial houses were invited to set their units in Vidarbha. A total of 27 big companies signed MoUs and 6 projects have started functioning. 10 projects are under construction, 4 to 5 have shown no interest and remaining are in various stages, said Chavan. 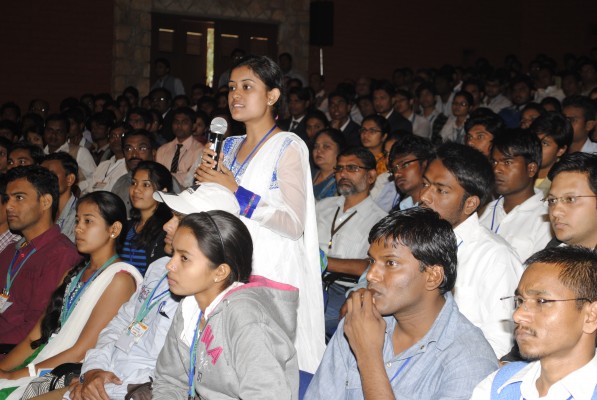 On being asked by an engineering student Pooja Pardi why manufacturing and pharma units are not coming to the region, Chavan informed that geographically and talent-wise also Nagpur is perfect destination. And this was very well conveyed to the automobile industry during “Advantage Vidarbha”, but the major industrial units prefer port availability destination and target where their main consumers are.

On this subject, Chavan further said that Nagpur is not lacking behind in manufacturing units. Major industry giants like Boeing, Lupin, Railway Container Depot will soon start functioning and its work is in fast pace. In Mihan, Tata Consultancy Services (TCS) in coming year will generate about 16,000 jobs and Infosys is expected to generate 12,000 jobs in the region.

Government is also concentrating on textile sector since Vidarbha is rich with cotton. The new textile policy will bring Rs 40,000 crore investment here for textile sector and more than 1 lakh jobs will be created.

Nagpur University’s reputation getting a beating:

Pravin Dhote, student of social science, raised the question on the sorry state of affairs in Nagpur University. Chavan, expressing concern over the matter, said “ I am talking to the Higher and Technical Education Minister Rajesh Tope on this issue and steps will be taken to improve the functioning of the university. We are also looking for long term solutions for all the universities of the State by forming small sub-universities. Higher education is very important challenge before us,” the Chief Minister said. 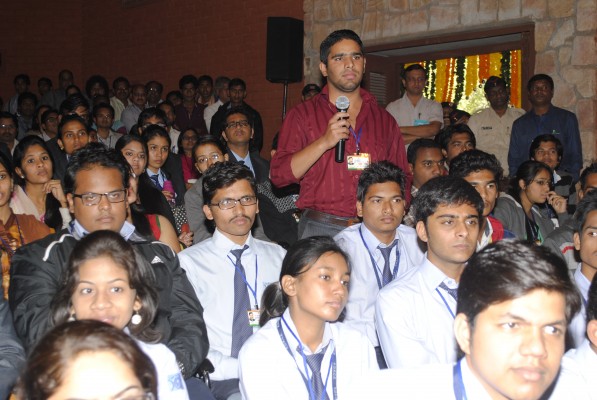 Chief Minister Prithiviraj Chavan emphasized on knowledge based economy and human resource based development of the nation. He focused on innovations and cited examples of countries like Japan and Israel which have progressed despite lack of natural resources in their countries.

On farmers’ suicides in Vidarbha, Chavan gave an insight why this is happening in so large numbers in Vidarbha. He emphasized on the option of shifting to alternate farming of horticulture, poultry, drip irrigation and overall development including good marketing infrastructure.

Whether AAP will take Congress support in Delhi to form Government? Chavan’s view was it is up to them to decide. If they want to be the alternate solution and option to the people’s problem, then they have to prove it what they have announced. It is not that easy with fuel prices going up, scanty monsoon and other reasons were the factors for the price rise. If the Aam Aadmi Party has the magic wand to remove all this factors and give solutions we will learn from them, said Chavan.

Running an alliance Government is not an easy task. Nation will see what is Modi’s vision is. His views on social and economic issues will also draw people’s attention. His policies with the neighbouring countries will also be a factor which has to be looked into. His views on one nation theory could be tested. Will inclusive and exclusive development in Gujarat applicable to the nation as whole?

Babanrao Taywade welcomed the Chief Minister. He said that the experience is first of its kind in his lifetime in Nagpur that a  Chief Minister has taken time out to interact with students with a aim to understand their problems and find out viable solutions to them.