The Board has made it compulsory for school buses to have the Global Positioning System (GPS) installed in them, which will track the location of the buses. 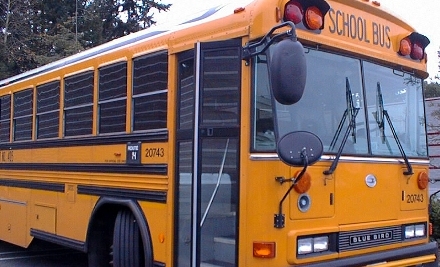 Alerted by the dozens of untoward incidents wherein the students being the victims, the Central Board of Secondary Education (CBSE) will keep a hawk eye from the skies and subsequently has made it compulsory for school buses to have the Global Positioning System (GPS) installed in them, which will track the location of the bus. The decision is aimed to strengthen the security system and ensure safety for children.

But, the GPS will have to be approved by Automotive Research Association of India (ARAI), as per the latest guideline issued by the CBSE.

The previous year saw 34 school bus accidents registered with the traffic police, as a result of which, around 21 students were injured and 1 was found dead. Therefore, all CBSE schools have been directed to submit an annual safety transport system report approved by the traffic police.

The exact location of the buses will be tracked through the GPS, which will, in turn put the bus journey under the school administration’s scrutiny.

Previously, CBSE had made it mandatory the Speed Governor (a device to measure or regulate the speed of a machine, such as engines) installation. But, only a few schools have initiated the installation process.

A police officer informed that so far they have not been approached by any schools to get a report approval.

When Nagpur Today contacted Neha Sharma, Deputy Director of Examination, CBSE, she said, “The CBSE only gives guidelines and mandates with the changing situations.  The Board has issued guidelines in this connection, too. But demographic locations of various states are different. Also GPS is cost related application which is not every one’s cup of tea,” Sharma said.

A GPS tracking unit is a device that uses the Global Positioning System to determine the precise location of a vehicle, person, or other asset to which it is attached and to record the position of the asset at regular intervals. The recorded location data can be stored within the tracking unit, or it may be transmitted to a central location data base, or Internet-connected computer, using a cellular (GPRS or SMS), radio, or satellite modem embedded in the unit. This allows the asset’s location to be displayed against a map backdrop either in real time or when analysing the track later, using GPS tracking software.

A GPS tracker essentially contains GPS module to receive the GPS signal and calculate the coordinates. For data loggers, it contains large memory to store the coordinates, data pushers additionally contains the GSM/GPRS modem to transmit this information to a central computer either via SMS or via GPRS in the form of IP packets. The diagram depicts a hardware architecture of an advanced GPS tracker.