Thirteen lacks, twenty five thousand, six hundred and twenty seven students will be appearing in the Xth & XIIth board examinations 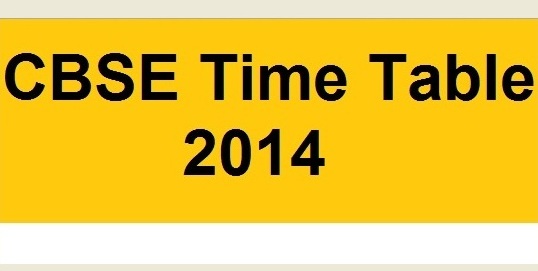 For the students of SSCE who did not opt for school-based examinations, the examinations shall commence on March 1, 2014 with language subjects such as Tamil, Sindhi, Marathi, Russian, Spanish and Kashmiri. The mathematics paper will be held on March 3, 2014. The examination is scheduled to end on March 19.

The Time Table for SSCE Examination for 2014 was announced by CBSE. The Board examinations are scheduled to be conducted in March 2014. All the examination will start from 10:30 am onwards.

The Examination time table for 10th is displayed below. 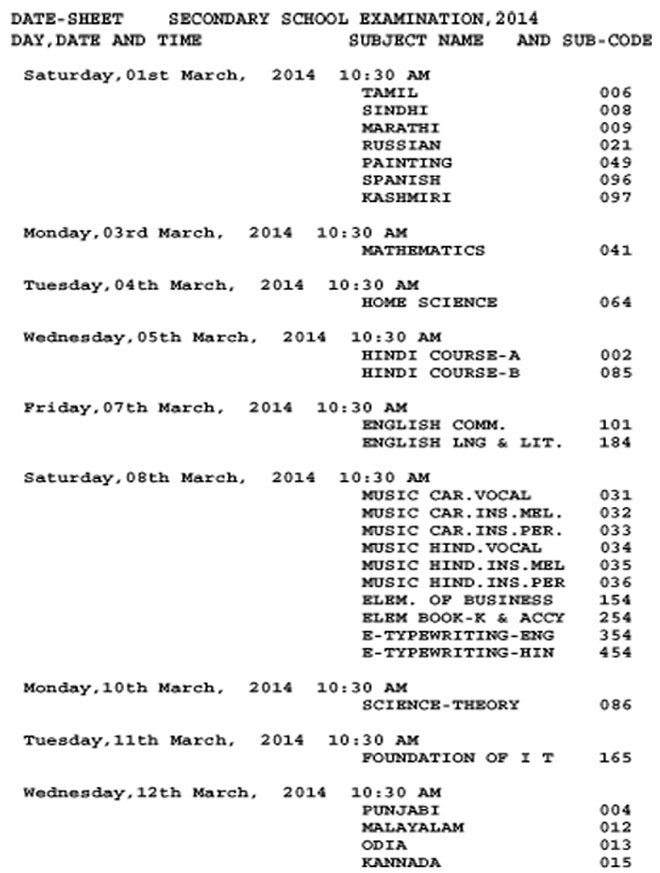 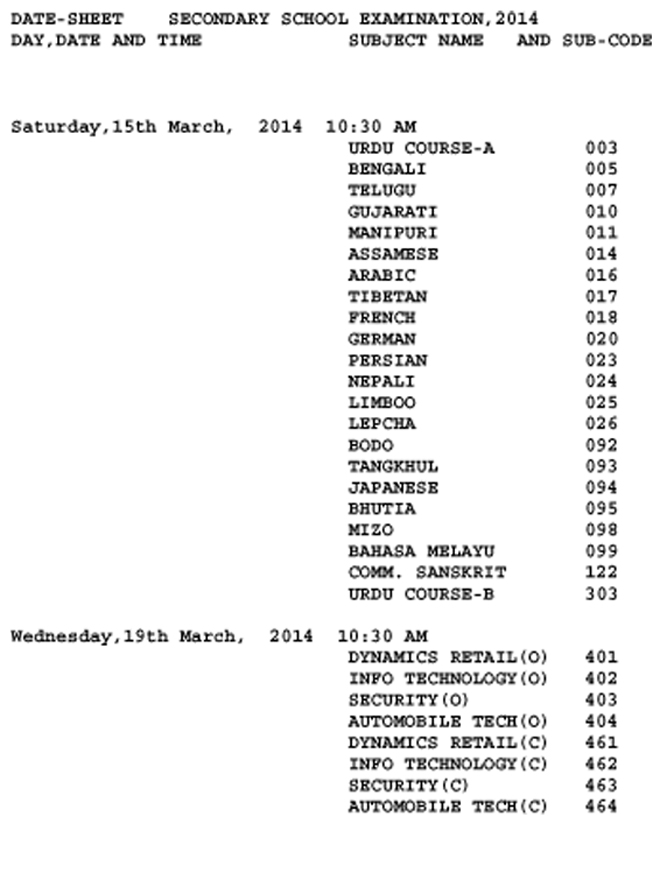 The CBSE Board Examinations for HSCE will begin on March 1, with English core, elective and functional. The physics exam will be held on March 5 and the Mathematics paper is on March 20. Like last year, this year too the examinations will get over by April 17.

The Examination time table for 12th is displayed below. 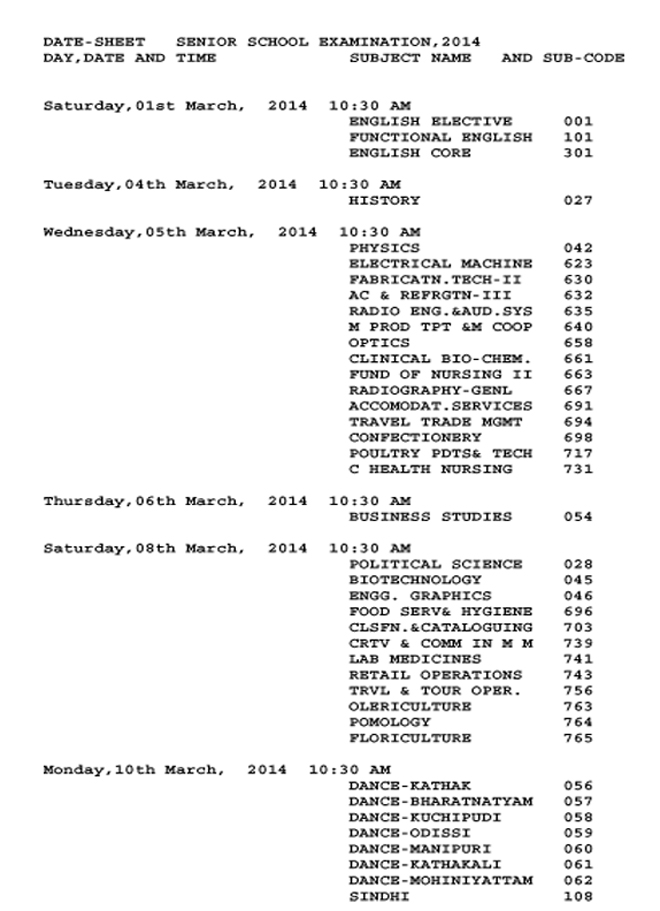 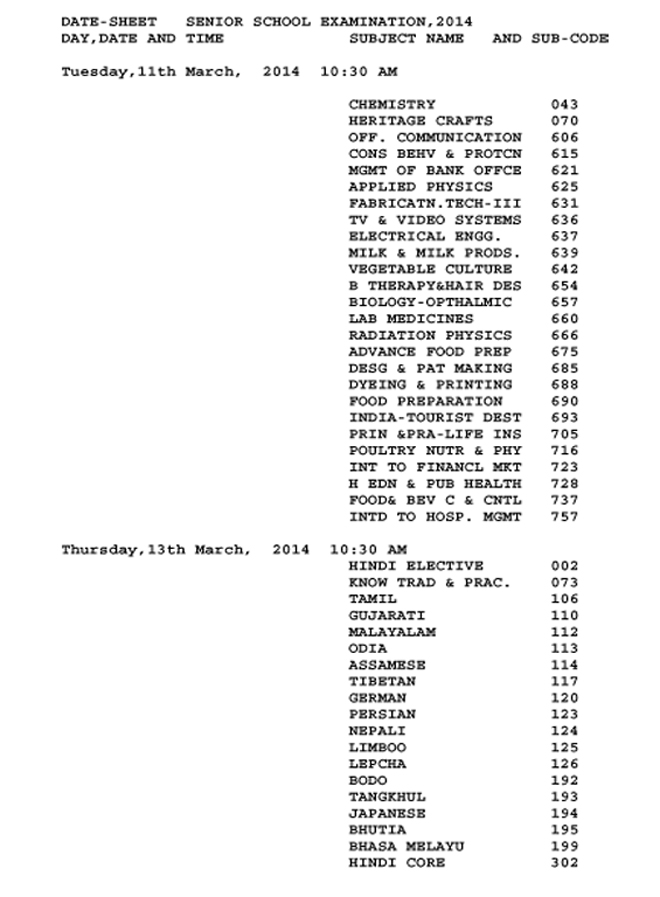 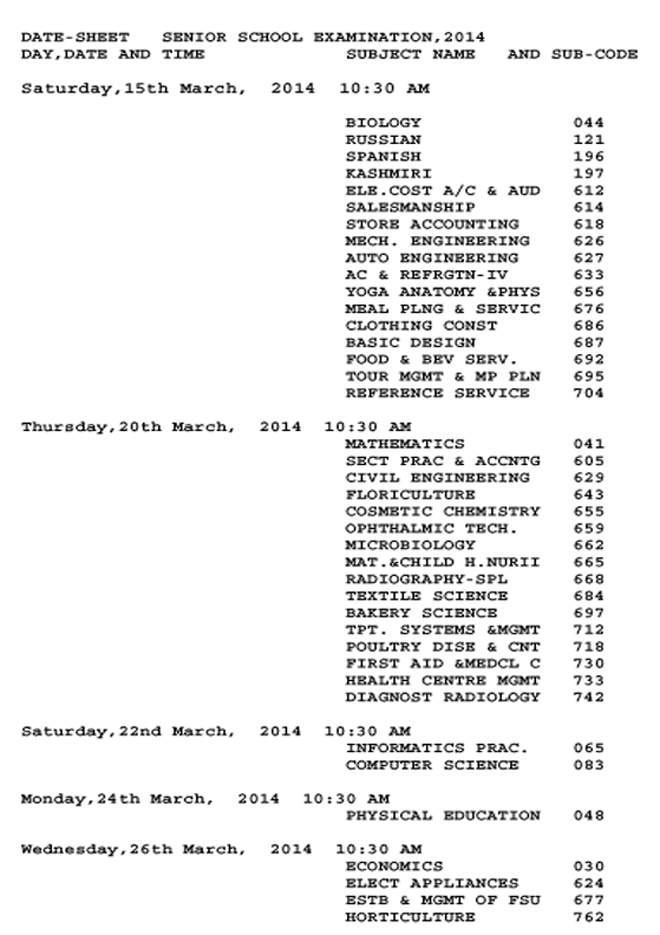 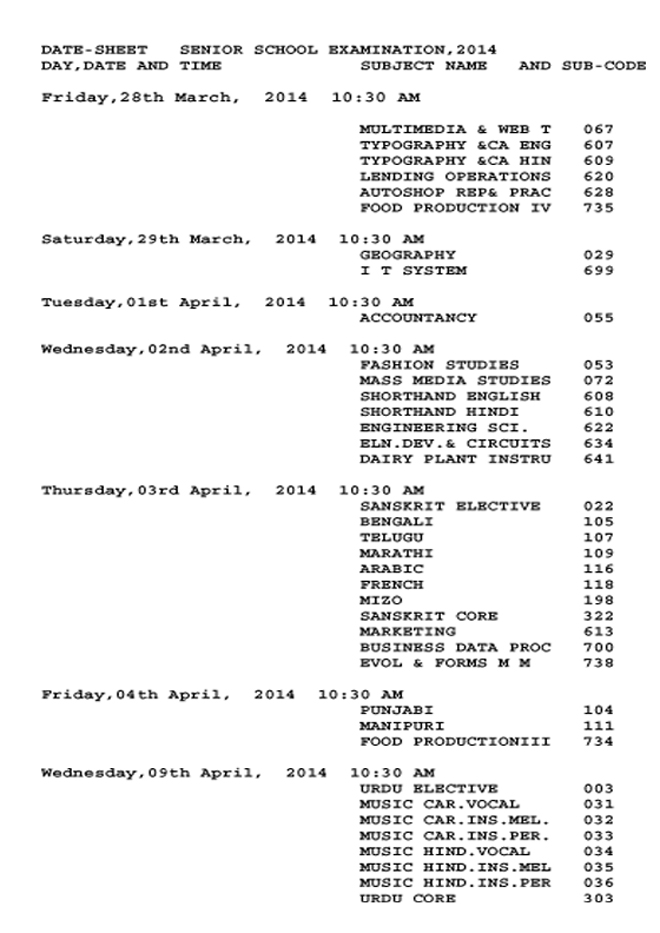 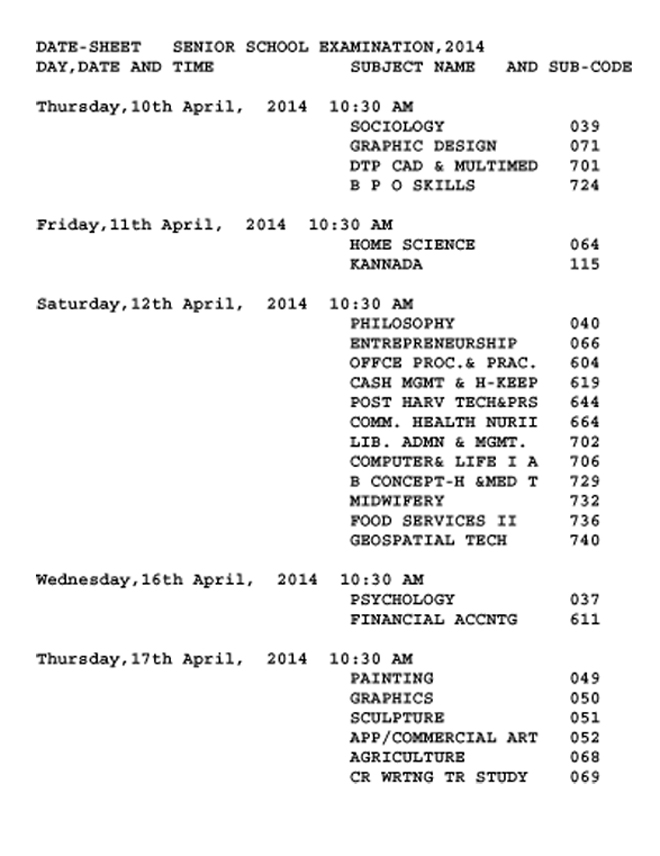