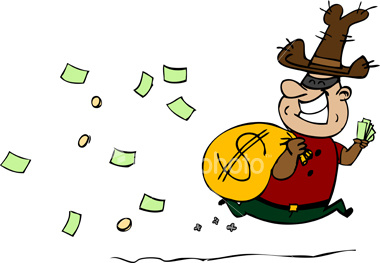 Nagpur Crime: Crime in the city is getting more sensational then ever. With newer methods and tricks, it is reaching a newer levels. Unidentified tricksters looted a bag containing Rs. 10.25 Lakh cash from a Digras based businessman’s car by diverting the driver’s attention at Panchashel Square near Bata Stores in Dhantoli Police Station area on Thursday evening. Vijay Kumar Bang, 67, had come to Nagpur from Yavatmal came to Nagpur for some business in his Nissan car, MH-29, V-2717. At 6.00 pm he asked his driver to park the vehicle near Panchasheel Square as he wanted to buy a bottle of water. Bang alighted from the car with a bag and went to a nearby shop. After buying the bottle, he returned and kept the bag in the car. An unidentified man came and told him that somebody was calling him on the other side of the road. Bang walked some distance to inquire. In the meanwhile, another man told the driver that the money had fallen. As the driver bent down, the trickster whisked away the bag containing cash. Bang returned only to find the bag missing. Upon information, staff from Dhantoli Police Station led by Sr. Inspector Shende rushed to the spot where the car was parked. Probe in the matter is currently on.  Dhantoli Police have registered a theft case under 379 and 34 of IPC.