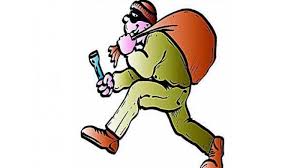 Nagpur: Some unidentified miscreants broke into a house under Kalamna police and decamped with booty worth Rs 1.74 lakh, between February 9 and 10. Cops have registered a case on the basis of complaint lodged by Kiran Sudhakarrao Balpande (43), a resident of Plot No. 9, Kali Nagar, New Kamptee road.

According to a police source, Balpande along with her family had gone to Wardha for a health checkup, between February 9, and February 10. In the meantime, some unidentified miscreants broke into her house and decamped with gold ornaments collectively worth Rs 1.74 lakh. The burglary came to the fore when the Balpande family returned home on February 10.

Following which Balpande approached Kalamna police and lodged a complaint.

Based on the complaint Kalamna police have registered a case under section 454, 457, 380 of the IPC. Further probe is underway.