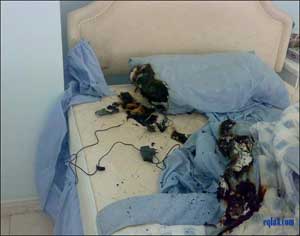 Nagpur News : An eleven-year-old Arbaaz Ahmed susained injuries in throat and hands after a mobile battery exploded in his mouth while he was playing with it at his Tajbahg residence in Sakkardara police station area on Sunday night. Ahmed suffered chemical burns on throat and hands and is luckily stated to be out of danger.

The incident took place around 11 pm when Arbaaz, a fourth class student, was playing with China-made mobile’s battery and it suddenly exploded.

Arbaaz’s parents claimed that interestingly, there was no explosion sound but it was Ahmed’s scream that alerted them. Arbaaz’s sister who had been in the same room claimed to have witnessed the explosion. “I saw the battery had caught fire when it popped out of Arbaaz’s mouth. It fell on the bed-sheet that caught fire too,”said the victim’s sister..

Arbaaz was rushed to Government Medical College and Hospital (GMCH) by his father Ashfaq. After a minor surery, Arbaaz isnow stated to be safe. However, he will not be able to talk for few days. Doctors told that within two days, he will be able to consume liquid food.

Ahmed informed that it was a China-made mobile’s battery which was not in use from past many months. He told that he had pressed the battery end with teeth and it exploded due to some chemical reactions. Arbaaz had suffered ulcers on tongue, throat. His two fingers and palm are also burnt due to the fire that caught suddenly.