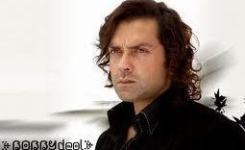 If you are good actor age is not a bar ,In the race of Khans this Deol is playing his own game but knows his limitations .Today when Dharamendra ‘s younger son Bobby Deol celebrates his 42nd birthday Nagpur Today tells you some unknown facts about this Paaji !!!! So are you ready papa !!!!

Bobby Deol may not be a big box office success, but most directors and co-stars swear by him. Apart from having a very affable personality, the actor is great company. But the icing on the cake is the huge dabba that is delivered to him from home when he shoots in Mumbai. The dabba has food for almost ten people and it has the best Punjabi food like palak paneer, dahi curry, rajma, bhindi.Everybody in the industry says that Bobby is like so “dil ka saaf” but the need of the hour is that he makes his career also “chamakta saaf” by giving a hit !!! Nagpur today wishes Bobby a very happy birthday!!!!