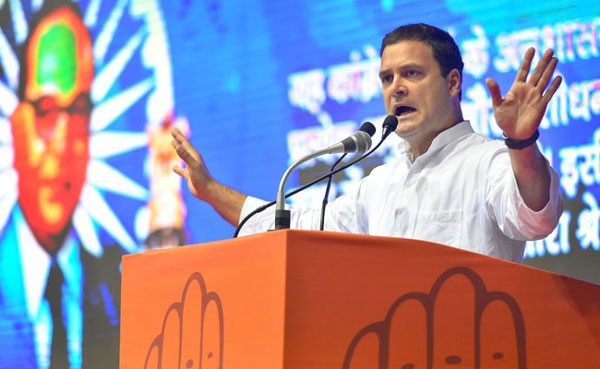 Bengaluru: Congress president Rahul Gandhi today said there was “no contest” between his party’s government in Karnataka and the previous BJP regime in the southern state as regards corruption, adding that the saffron party’s rule “wins hands down”.

Gandhi took to Twitter to draw a comparison between the Congress government in Karnataka and the previous BJP regime (2008-13) in the state, with the help of figures to show that his party’s rule was better on all counts.

“In Karnataka, when it comes to corruption, it’s a “No Contest” as this graphic shows. The BJP wins hands down! (sic),” he tweeted, along with two sets of graphics. The graphics claimed that the Congress was the “top job creator” in the country, the Anna Bhagya scheme of the party’s government in Karnataka was feeding four crore people, the Ramthal Marol, Asia’s largest drip irrigation project, and the world’s largest solar power park were built by the party and that it had also waived the loans of 22 lakh farmers, amounting to Rs 8,165 crore, in the southern state.

See the graphics for the details. 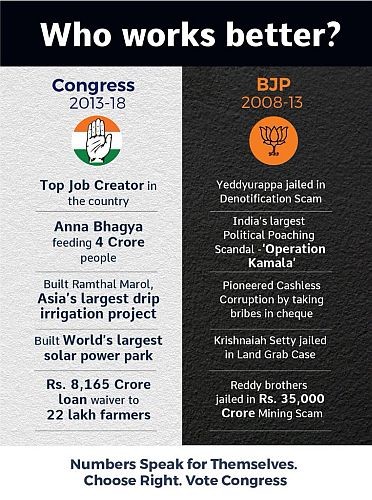