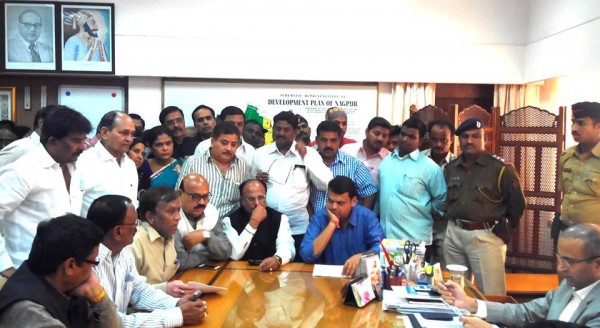 The NIT Chairman Darade assured the BJP leaders that the layouts would be regularized within a month and subsequently tenders will be floated for Rs 100 crore development works. The regularized layouts will be developed in six months, Darade said. The BJP leaders also demanded regularization of 80,000 houses in accordance with Gunthewari Act.