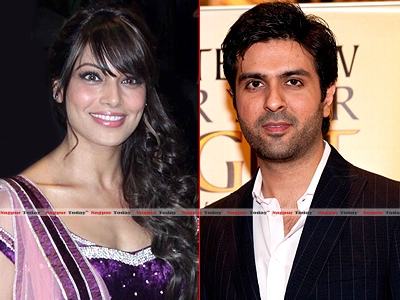 Bipasha Basu’s proximity with Harman Baweja has been known for quite some time, however both of them remained mum over their relationship status. But this time Bips decided to speak her heart out and making her feelings for Harman public. Yes Bipasha has accepted the she is in close relation with Harman. Film gossip mongers are seeing her move as an after effect of her ex-beau John Abraham’s marriage with his banker girlfriend Priya Runchal. Incidentally, Harman is also an ex-boyfriend of Priyanka Chopra.

Both Bipasha and Harman have been spotted together on a number of occasions but they always remained tight-lipped about their relationship status.

“Stating the obvious. Yes, Harman and me are a couple. Finally I have met a person who is a far better human being than I am. Blessed,” Bipasha tweeted Wednesday.

The 35-year-old also said she is in happy place in her personal life. “(I) am in a very happy space in my personal life and it would be fair if people just respect that and not speculate,” she tweeted.