| Contact: 8407908145 |
Home » At last Nagpur College of Homeopathy to have new administrator from Thursday 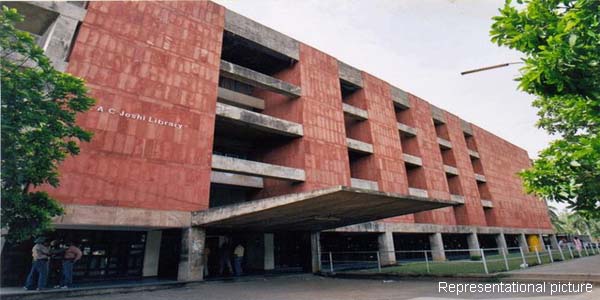 After months of dilly dallying, students of Nagpur College of Homeopathy would finally get to their routine classes from Thursday onwards. The Nagpur bench of Mumbai High Court’s order to appoint the administrator in the college within a week of its decision would be finally implemented tomorrow. Dr S.U. Raut, Government Ayurvedic College professor, would take the charge as administrator of the college on Thursday. With this decision, all the previous decisions taken by the preceding management functioning under the president Ghanshyamdas Panpaliya would stand null.

The latest move has brought a great deal of respite to a large number of students along with teaching and non-teaching staff at the college.

An ex-lecturer at the college Dr. Anuprita Bhadage, seemingly cheered at the latest move, informed that there were series of issues being faced by the students and teachers. The current development would end to the years of agony of all of them, she added.

She said Thursday morning would witness the new era in the history of this college which would be for the first time seeing the change of guard. “Now many issues including financial, mental and sexual harassment including all types of exploitation being faced by the students, teaching and non-teaching staff would finally end with the crack of the dawn,” she asserted.

Ex-vice principal, Nagpur College of Homeopathy, Dr. Gopal Bhutada who was suspended earlier in 2007 on defying Panpalia’s illegal orders, too heaved a sigh of relief with the latest decision.

Bhutada told Nagpur Today that on Thursday the decision of the old management would be thrown apart under police protection.

He said, “now all the teachers and innocent staff who have been made scapegoats at the hands of Panpaliya and the dubious management would finally receive justice.”

Bhutada informed that unfortunately he had to move out of the college as he was fed up of the wrong doings of the management.

He informed that taking cognizance of the students’ hardships, the High Court has made Secretary, Maharashtra medical education a respondent in the case and ordered him to appoint administrator. Later the secretary, vide his letter, appointed Raut as the administrator to take over the college.

He said that on Thursday, the new administrator Raut would take the charge and dethrone the dictatorship of Panpaliya under strict police protection as Panpaliya may try to hamper the activities.

It may be noted that fifty seven students of Nagpur College of Homeopathy at Nandanvan has moved to High Court against the college president Ghanshyam Das Panpaliya’s decision to transfer the students to some other college as there were just few students left in the college given the affiliation has been stopped for over three years. The petition no.  874/2013 on January 29 this year was filed through student Abhijit Mande against the State of Maharashtra. The final verdict in the case was said to be announced on May 7.

The college hit the rough patch in 2005 when allegations of sexual harassment against Panpalia poured in, leading to the staff turmoil. Ex-lecturer at the college Dr. Anuprita Bhadage along with other ladies teaching staff had filed the petition in regard in the first class judicial magistrate court in Nagpur. However, the case is still pending.