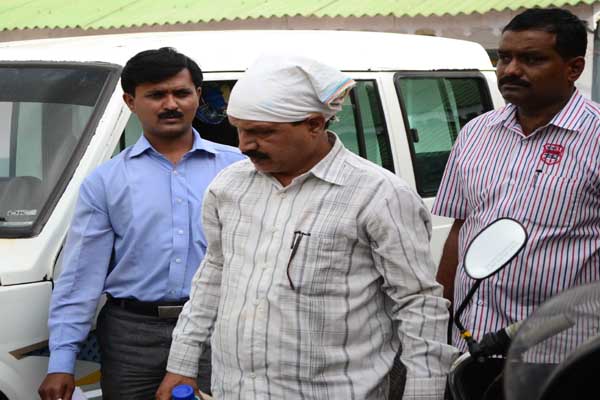 Anti-corruption bureau arrested a police head constable of Ambazari police station, Rameshwar Wanjari, for allegedly demanding bribe of Rs 7000 from the complainant, Suresh Dhole, for favourably disposing complaint against him.

Wadi resident Dhole’s father owned a land at new Futala on Amravati road. After his father’s death, one named Ghanshyam Manmode, a resident of Aashti Taluka in Wardha, claimed Dhole that his father had made a deal with him hat after three years, if he fails to give his debt then his house at new Futala will be transferred as Manmode’s property.

Dhole, however, denied this and even disconnected the electricity connection of his house. Thus, Manmode file a police complaint at Ambazari police station against Dhole. The complaint was handed over to Wanjari.

Dhole claimed that Wanjari had called him to discus on the matter at police station. On learning the issue, Wanjari told Dhole that it’s very serious offence and demanded Rs 10,000 as bribe to dispose the complaint. On convincing, Wanjari agreed to set out in Rs 7000. He had called Dhole with cash on Thursday.

To teach a lesson to Wanjari, Dhole reported the matter to ACB office and a trap was set up at police station on Thursday. At the last moment, Wanjari refrained to take the cash from Dhole. However, he was arrested by ACB officials for demanding the bribe.