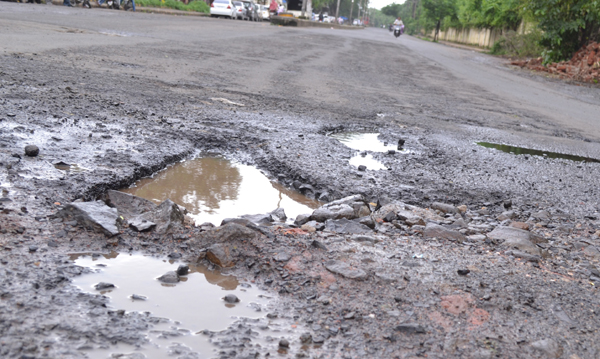 Nagpur News: Large number of meetings on the part of senior officials in Nagpur Municipal Corporation has left them running short of time to attend to general problems faced by the citizens. Protocol for taking excessive routine meetings stretched at maximum part of the months has certainly taken its toll on major proportion of issues. The recent rainy havoc went unattended just because the senior officials were busy in the meetings, while the people remained marred with after effects of heavy rains. Interestingly, the meetings which are put in higher order in the NMC fail to fetch desired results. All the 10 assistant commissioners from various NMC zones in Nagpur remain occupied in the meetings for most part of the month. During the recent rains, the civic body drastically failed in providing a bit of relief to the citizens.

So obsessed are the NMC officials in the meetings that for every other issue pertaining to problems of citizens, they call up meetings which obviously yield nothing. Every year NMC top bosses hold parley and marathon meeting rounds just to announce its preparedness for tiding rain related difficulties. However the upheaval that breaks down on the people every year exposes the strength of its claims.

Last month it was working for 26 days in NMC while the assistant commissioners held more than 30 meetings during that period. And most of the meetings ended in no tangible solution to the problems. Now even the officials are fed up of following the protocol. They are helplessly resented over the idea of so many meetings which are adversely affecting the routine works. Several officials are openly calling the NMC Commissioner’s style of working a docile one.  “The Commissioner is patting his back himself over actions of suspension of lower rung employees. If the topmost NMC boss has any guts, he should take head-on a higher official and force him to sit at home for indulging in illegal activities. Otherwise, just holding meetings could be termed criminal in nature as precious time and money are wasted,” informed an official on condition of anonymity. Every meeting comes with a baggage of added responsibility upon every assistant commissioner, sources informed.

It may be recalled that for an all-round development of Nagpur and decentralization of power, Zones were created. However, after initial success, the purpose of creating Zones got diluted into meaningless activities. Crucial works of citizens got severely hit, development works took a back seat while the NMC coffers are almost empty. The rot is further dented by imposing local body tax (LBT). Now, the Assistant Commissioners have been assigned the responsibilities of recovering Property Tax and other taxes in order to increase NMC exchequer. And they have been directed to strictly attend meetings held at the NMC Headquarters.