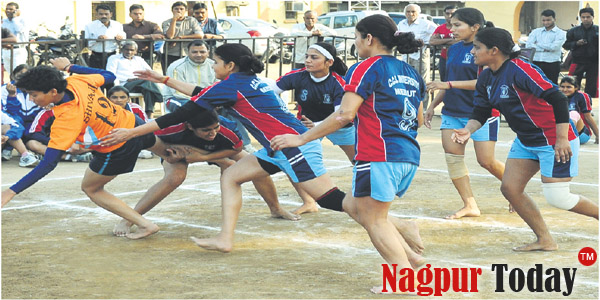 Nagpur News : In an exciting encounter Pune University defeated their arch-rivals Mumbai University by just two points to enter the semi-final in All India Women’s Inter-University Kabaddi Tournament hosted by Rashtrasant Tukdoji Maharaj Nagpur University at its playground on Monday.