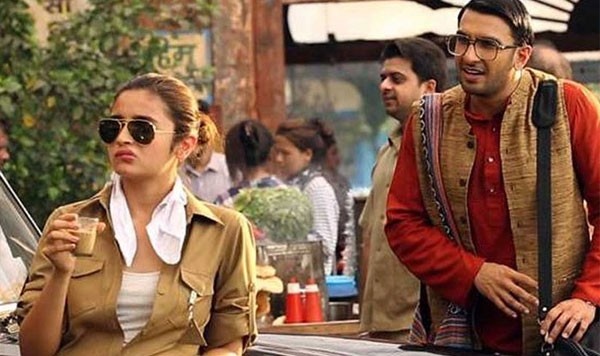 We all know Kareena Kapoor is called Bebo and Karishma Kapoor is Lolo. Bollywood has many other celebrities who have the weirdest, most unexpected nicknames, that we probably don’t know about. Recently, Alia Bhatt and Ranveer Singh exchanged tweets and we came to know their nicknames for each other. Alia tweeted a cute get well soon wish to Ranveer just after his shoulder injury. She addressed Ranveer as ‘Tutu’ and wrote, “Wishing you a speedy recovery tutu,” to which Ranveer replied, “Thanks lulu.” We are wondering whether these hilarious names ‘Tutu’ and ‘Lulu’ are from Ranveer and Alia’s upcoming film ‘Gully Boy’.

The actors Alia Bhatt and Ranveer Singh are seen together in Make My Trip advertisements and now for the first time, they will be seen on a big screen in Zoya Akhtar directorial Gully Boy.

Bollywood’s Khilji has been advised not to burden his shoulder that he injured during a football match. He was scheduled to perform a grand finale act on the opening ceremony of IPL which he will not be able to perform because of the injury. He was reportedly offered Rs. 15 crore for his IPL performance.

Alia Bhatt was last seen at the inaugural edition of GQ India’s style awards held in Mumbai, she turned heads with her minimalistic style statement. She was looking charming, sexy and attractive in a pale pink Nedret Spring Summer 2018 gown.