The Parishad has charged serious irregularities by CAC in selection process particularly in Bifocal courses. 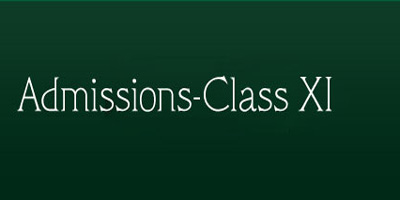 The Parishad has claimed the CAC is under the influence of prominent personalities who are meddling in the process of admissions to Class XI General Science and Bifocal courses since past six years. The Parishad has named Sanjay Thakwani, Principal of the Sindhi Hindi High School and Gharpure of Vishwas Secondary Junior College who are in the CAC itself. The meddling by both the personalities has dented the transparency of the selection process.

The list of selected students for Bifocal courses will be released on June 28. Students having any complaints could submit them at Dhanwate National College in Congress Nagar. The application forms for General Science and Bifocal courses have acceded the total seats. There a very few takers for Urdu and Home Science courses.

All theses processes are computerised  and there is absolutely no chance of any flaws in the process. The Micro Computers have been given the responsibility of implementing the process. Therefore, there is no need for any complaints, according to sources.