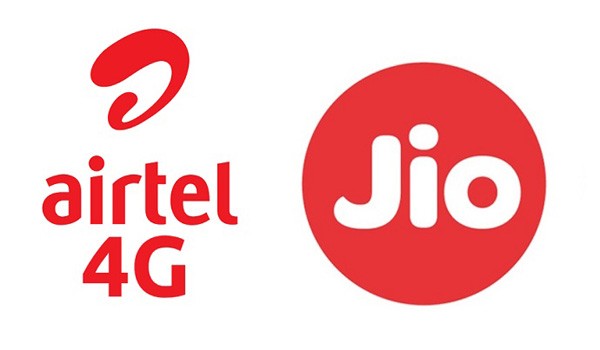 With a view to counter arch-rival Reliance Jio, Bharti Airtel has reportedly upgraded its Rs. 99 prepaid pack. The new move is said to bring a total of 2GB data across the entire 28-day validity. This is up from the previous 1GB data limit. Similar to the new Airtel pack, Jio has its Rs. 98 pack that also offers the same 2GB of 4G data access alongside unlimited voice calls and 300 SMS messages for 28 days. Interestingly, BSNL made the competition tougher for Airtel and Jio by started offering as much as 1.5GB data per day along with a validity of 26 days under its ‘Data Tsunami’ offer.

The revised Rs. 99 pack is live for select Airtel subscribers, reports Telecom Talk. The pack also includes unlimited local, STD, and roaming voice call benefits as well as 100 SMS messages per day for the entire validity period, alongside the upgraded 2GB data limit. The Rs. 98 pack by Jio, on the other hand, offers unlimited voice calls and 300 SMS messages limit.

This means that Airtel subscribers will get as much as 2,500 more SMS messages over what Jio subscribers have been offered. Notably, neither Airtel nor Jio has an FUP for voice calling.

Apart from Airtel, Idea Cellular came in the headlines earlier this year to compete against the Jio Rs. 98 pack by offering unlimited voice calls and 1GB data for 14 days at Rs. 109. That Idea pack debuted in a few circles, including Andhra Pradesh and Telangana, Bihar and Jharkhand, Gujarat, Haryana, and Karnataka.