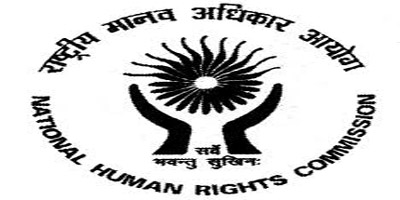 Nagpur News : A public hearing was held in Ravi Bhawan, Nagpur, Maharashtra, by the National Human Rights Commission on 28th to 30th January, 2013, for disposal of complaints received from persons belonging to the Scheduled Castes. A total of 571cases were taken up by two benches presided over by Hon’ble Members Justice Shri B.C. Patel and Shri Satyabrata Pal.

The complaints received by the Commission touched upon various issues like forcible dispossession of Scheduled Castes from their lands, denial of benefits of social welfare schemes, discrimination, grabbing of land by persons of upper castes, malpractices of revenue authorities, non-payment of retiral benefits, non issue of caste certificates, etc. In response, to the notices issued by the National Human Rights Commission, the Government of Maharashtra gave relief to many aggrieved persons. BPL cards were issued to some persons and in some cases caste certificates were also issued. Some persons who were in government services felt relieved to receive the retiral benefits and withheld salary.

Some issues of great public importance were raised at the public hearing:

1. A petition was received from Akhil Bhartiya Safai Mazdoor Congress alleging that the Government of Maharashtra have not implemented the recommendation of the Lad-Page Committee set up for the welfare of Safair Mazdoors. The Committee had recommended to give employment to the candidates of Balmiki caste and also to their dependants to the post of Sweeper after their retirement. A number of posts of Sweeper in different hospitals and dispensaries of the State were lying vacant due to non-implementation of the recommendations. The State Government told the Commission that it had taken a decision to outsource the services of cleanliness in the government medical hospitals. Therefore, steps were not being taken for filling up the posts of sweepers by appointing heirs of retired employees. The Commission observed that outsourcing of cleanliness of hospitals would result in denial of jobs to persons coming from the Balmiki community and it also amounts to abdication of supervisory duty by the officers of the government. The Commission also pointed out to the Government Resolution dated 21 October, 2011 and recommended that the said GR should be sincerely given effect to. This would benefit a large number of Valmiki community desirous of getting jobs of Sweepers. Similar relief was also given to Safai Karamcharies in Jalgaon Mahanagar Palika.

2. It was also complained that in 213 secondary schools in district Sholapur, the Scheduled Caste students had not received the scholarships for the year 2011-2012. The State Government explained that the proposals for scholarship had to be sent to the Social Welfare Department by the concerned schools. It was also stated that show-cause notices had been issued to the defaulting schools and 203 schools had submitted explanations. The Commission recommended that the schools should immediately submit proposals for grant of scholarships to the students and the amount of scholarship should be disbursed to the eligible students within one month.

4. The Commission also took notice of the plight of those persons who have been occupying government land for decades and yet their possession has not been regularized. A recommendation was made to the State Government to consider the cases of such persons sympathetically and in cases where they have been in possession since long, steps should be taken for regularization of their possession in accordance with the directions issued by the Hon’ble Supreme Court.

5. A complaint was received from Shri Dilip Rao P. Agale of Anna Bhau Sathe Sangharsh Samiti regarding the State Government’s reluctance to accord recognition to primary and secondary school at Pangaon, district Latur, exclusively for the benefit of SC students. The State Government explained that there were four schools within the area of one kilometer and therefore, the school run by the Sangharsh Samiti could not be recognized. The Commission pointed out that this school is meant exclusively for SC children and imparting education to the children of that community is the primary social responsibility of the government. The Commission asked the State Government to take a decision about according recognition to the school within four weeks.

6. A handicapped woman, Sunita Rajendra Sapkale, made a grievance that the benefits which are available to the physically challenged employees of the State have not been extended to her. After hearing the representative of the State Government, the Commission directed that the complainant should be given all the benefits which a physically handicapped person is entitled to.

7. The painful case of a SC girl and her slain brother was also brought to the notice of the Commission. The minor girl was kidnapped and raped by some persons of the upper caste. The police registered a case and arrested the accused. The accused was, however, released on bail by the Court. The bail order did not mention any reason for grant of bail. The Commission observed that the copy of the bail order would be sent to the High Court. The brother of the girl was later on murdered by the same person. The accused was arrested but again he was granted bail. The Commission directed that the investigation of the murder case be entrusted to the CBCID.