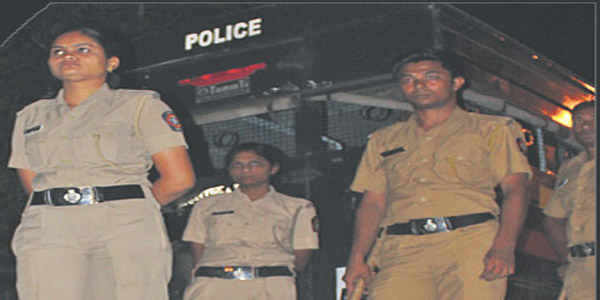 Nagpur News : Taking concern over women safety after Delhi’s brutal gang rape incident, city police has beefed-up security at maximum girl’s hostel in city. Though in every year, on the last day of the year, few female constables are deployed at the girl’s hostel for security but this year, security have been set up before three days.
The decision was taken by city police chief Kaushal Pathak and Jt. CP Sanjay Saxena after a meeting with hostel in-charge.
“Every year, the security is to avoid anti-social elements and eve-teasers roaming around the hostel premises on the midnight but his time, the decision for pre security was taken due to Delhi’s brutal gang rape. Apart from women safety, the female cops will keep a watch to avoid any untoward incident,” said Sanjay Saxena.
From last three days, maximum girls hostel are provided with female constables guarding them. “Many anti-social elements and eve-teasers is always a major problem at girl’s hostel. However, very few are reported to police and thus, the decision was taken after a meeting with the hostel authorities,” he added.
Pleased with the cop’s decision, the hostel authorities are thankful to city police. “Its good that cops have decided to give the security few days before without any charge. Every year, on our request and charges, security is set up on the last day of the year. This seems that women are safe in our city,” said Mukund Papinwar, hostel in-charge of Surabhi hostel in Dharampeth area.
He informed that though the girls are very safe in the hostel, the same is not outside the premises. “Eve-teasers and other anti-social elements always loiter around or keep a watch on the girl’s hostel. One never knows what the person is planning. So, the pre-security is very helpful,” said Saurabh Papinwar from Mansi girl hostel.
Saxena told that due to lack of staff, so far, they have provided female cops at maximum girl’s hostel in the city. He assured that the same will be continued for few more days.