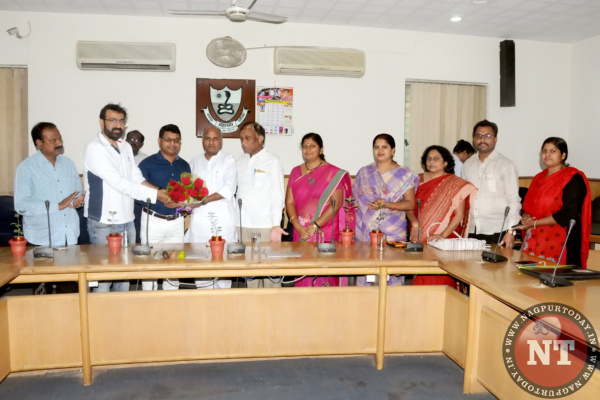 Nagpur: One needs to be persistent to solve the problems of people in Municipal Corporation and Adv Dharmapal Meshram is one such person who is has the tenacity to execute the work of Law committee successful, observed MLA Krishna Khopade.

Expressing his views Organising Secretary Dr Upendra Kothekar said that since for the first time BJP has come to power in NMC so naturally the expectation of people from BJP has increased. He further said, as Dharmapal Meshram is young he will give new identity to the committee with his work.

Leader of ruling party Sandip Joshi said that it is a challenge to take charge as a Chairman of Law committee. Now it will be easy to settle the cases of NMC.

Replying to the felicitation Adv Dharmapal Meshram said he was newly elected as Corporator but the party taking cognisance of his work has entrusted him with the responsibilty of Law Committee Chairman and he was very happy about it.