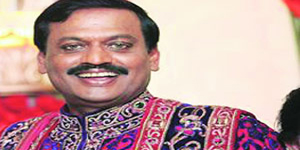 Nagpur Business News : Nagpur based Abhijeet Group,promoted by Majnoj Jaiswal who has been granted huge favors from Jharkhand Chief Minister, Arjun Munda, is likely to approach banks for restructuring its loans.
According to Economics Times a banker in the know of the development said that “Select units of the company could approach banks for a debt recast. They are still in dialogue with the banks.” Another banker with exposure to the company said that “We are a bit cautious after the CBI raids on the promoter and we are monitoring the developments.”

CBI, which is investigating allotment of coal blocks by the government to little known companies around the country, recently questioned its promoter, Manoj Jayaswal, about his association with Vijay Darda of the Lokmat Group and their role in securing coal block allocations.

Mr Abhishek Mathai deputy manager corporate communications at Abhijeet Group said that “The company is considering all the options open to it and based on the analysis of these options, a final decision shall be taken. Apart from Abhijeet MADC Nagpur Energy, all other operating companies of Abhijeet Group are operating normally and the ongoing projects of the group in the power, roads and steel sector are making satisfactory progress.”

The group estimates its loans to be about INR 1,095 crore, but bankers tout a higher figure of close to INR 3,000 crore.

Mr Mathai further said that “The company is fully committed to meet its debt obligations and does not seek any relief (except of a temporary nature) and a final decision would be taken in consultation with the lenders of the company.”