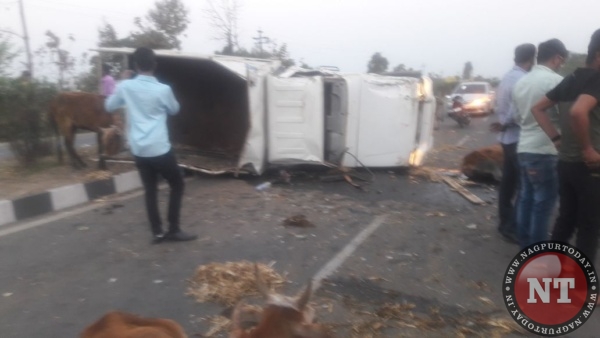 Nagpur: Nine cows being transported to the slaughter house were injured when the driver of Bolero Mahendra Jeep lost control and the vehicle overturned on Werdnesday early morning near Reliance Petrol pump on Nagpur-Saoner Highway 69 in Dahegaon (Rangari) area. These cows which received minor injuries have been sent Gaurakshan Sabha. 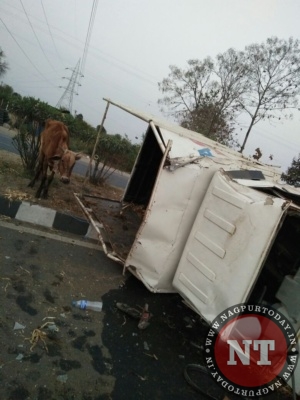 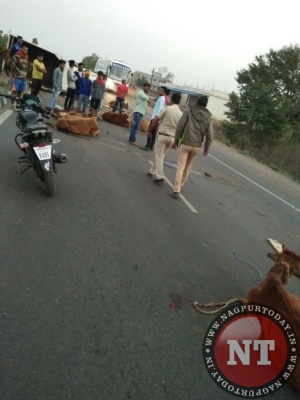