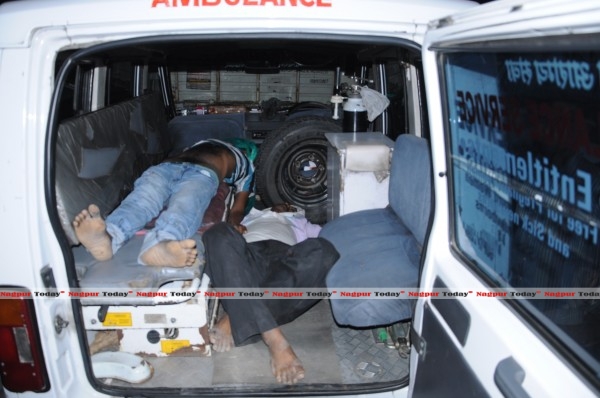 Nagpur News: Six people among eight travelling in the ambulance were killed after a speeding private travel collided head-on with it near Nandura, 2 kilometres away from Kondhali on Monday evening 8.30.

Two others, Yadav’s son Rupesh and daughter Ankita are learnt to be critical condition at Government Medical College and Hospital (GMCH). Police informed that the travel left from Nagpur. A marriage party was travelling in the travel bus to attend wedding of Ankita Joshi, daughter of Girish Joshi, SDO of Ramtek. 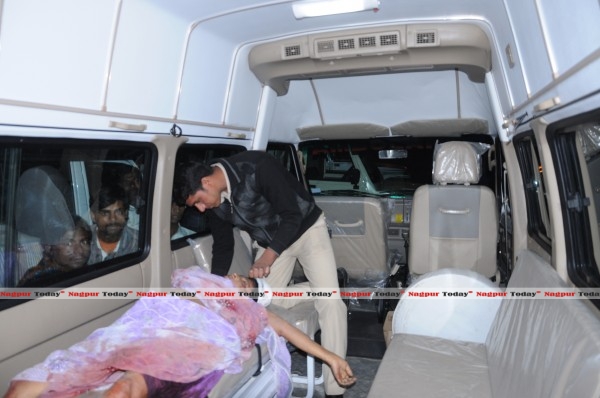 The bus was heading to Dhuliya while the ambulance was coming from Bhusawal to Nagpur. Police told that the bus driver Arvind Pendam was driving at high speed and suddenly drove the vehicle down the four lane road.

Later, he failed to control and collided with the oncoming ambulance.

The ambulance was completely damaged as the bus totally rammed into it. Police told that few passengers travelling in the bus were injured but are not serious.

All injured travelling in ambulance were rushed to GMCH where doctors declared all five dead.