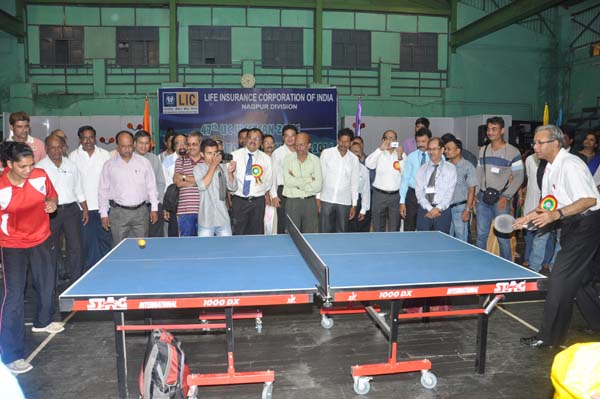 The tournament was formally inaugurated by Dr.Gopal Dhawan – Chairman-cum-Managing Director of Mineral Exploration Corporation Limited (MECL). In his inaugural address he delved into the history of the game right from the British era to the present day game called table tennis. He wished the players all success and have a great tournament. 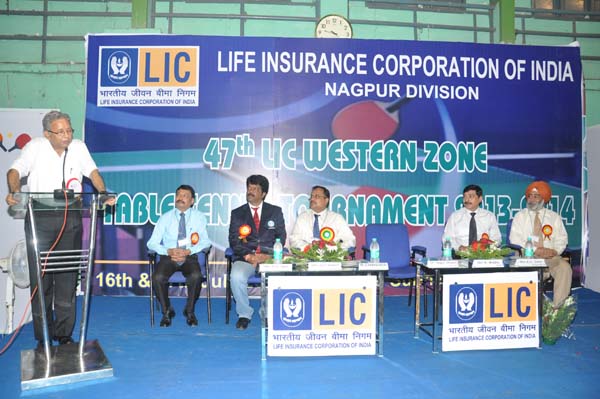 The program started by lighting of traditional lamp by the dignitaries followed by Nigam Geet & Welcome song presented by LIC employees. On the occasion a brochure was also released at the hands of chief guest. The tournament was inaugurated symbolically by the chief guest by serving the ball against Ms.Prajakta Tipale, last years LIC All India Womens Singles winner. The proceedings of the program were conducted by Mrs.Anju Dewase and Mrs. Mamata Sawane proposed the vote of thanks.

SEMI FINALS LINE-UP DRAWN: All the seeded players in both mens and womens section sailed smoothly into the semi final round. In the round robin league format matches played throughout the day, in eight groups in each category, the following players emerged as winners from respective groups to qualify for quarter finals.