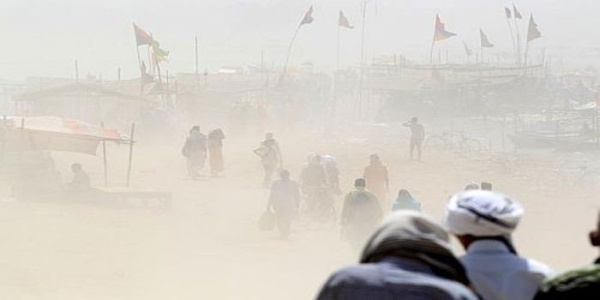 Agra: At least 45 people have died following heavy rainfall and dust storms across Uttar Pradesh. According to reports, Agra registered 36 deaths, Bijnor three and Saharanpur two, while one death each was reported from Bareilly, Moradabad Chitrakoot and Rampur.

Local authorities in each of these areas have issued directions to provide immediate relief and carry out a thorough and full assessment.

Uttar Pradesh Chief Minister Yogi Adityanath has announced a compensation of upto Rs.4 lakhs to the families of the deceased and Rs 50,000 for each of the injured.

At least 27 people were killed and nearly 100 injured as a high-intensity squall followed by thunder showers hit parts of Rajasthan overnight, leaving a trail of destruction.

Houses collapsed and electricity poles and trees were uprooted as the severe dust storm swept the Matysya region.