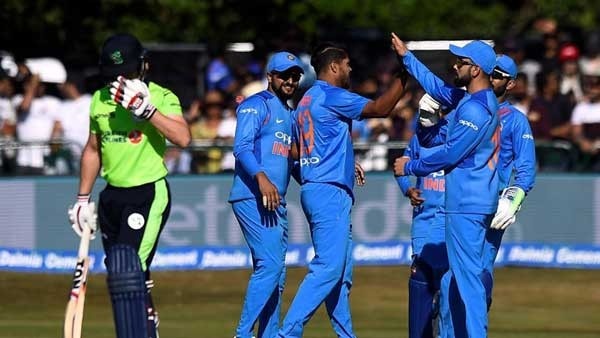 Ireland going down quite cheaply, giving their wickets away rather easily. Dockrell looks to loft Kuldeep down the ground but ends up hitting it straight into the hands of Umesh at long-on to perish for four.

But Boyd Ranking gets hold off the last ball, smashing it straight down the ground for a six.

Chahal continues India’s wicket ways as Thompson comes down the track but is beaten in the flight as wicketkeeper Karthik completes an easy stumping.

Chahal finishes with wonderful figures of three for 21 in his four overs as Ireland are left staring at a huge defeat, having been reduced to 68 for nine in 12 overs.

Kuldeep ends Ireland’s misery in the very next over as he gets Rankin stumped for 10 as the hosts are sent crashing for a lowly 70 in 12.3 overs.