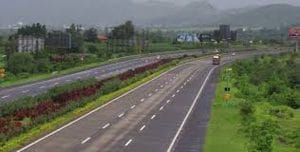 Mumbai: The Maharashtra State Road Development Corporation (MSRDC) has prohibited plantation of 13 varieties of fruit trees along the Mumbai-Nagpur Samruddhi Expressway as they attract wild animals that may lead to accidents, state minister Eknath Shinde has said. This expressway is being meticulously designed to avoid disturbing animal activity in the surrounding areas, the Urban Development Minister said. Overall, 96 wildlife structures, which include seven overpass bridges, 89 underpasses, box culverts, and a few major and minor bridges, are being created to facilitate the passage of wild animals around the Samruddhi Mahamarg, he said in a statement.

â€œTo minimize accidents by way of avoiding the entry of animals on the highway corridors, the MSRDC has prohibited planting of 13 varieties of fruit trees that attract wild animals. These trees include mango, cashew, java plum, orange, citrus, and date palms,â€ he said. The Wildlife Institute of India (WWI), which is active in biodiversity research around the country, is collaborating in the construction of this highway. The estimated cost of protecting wildlife along Maharashtra Samruddhi Mahamarg is about Rs 326 crore, Shinde added. â€œOur aim is to make people”s travel from Mumbai to Nagpur faster, convenient and seamless.

The construction of this expressway is moving swiftly, and more emphasis has been placed on minimizing environmental destruction, he said, adding that cultural, conserved forests, protected regions, and wildlife sanctuaries will also be enhanced in order to boost tourism in the region. A total of 11.31 lakh trees will be planted on both sides of the highway. Ornamental plants will also be placed on the highway barrier, he claimed. A drip irrigation system that catches and stores rainwater will irrigate all of the trees and water will be supplied through internal water sources using solar pumps in places with minimal rainfall.

Nagpur, Wardha, Amravati, Washim, Buldhana, Jalna, Aurangabad, Ahmednagar, Nashik, and Thane would be connected by this highway, Shinde said, adding that 14 more districts will be linked to the highway indirectly via interchanges. PTI MR NP NP