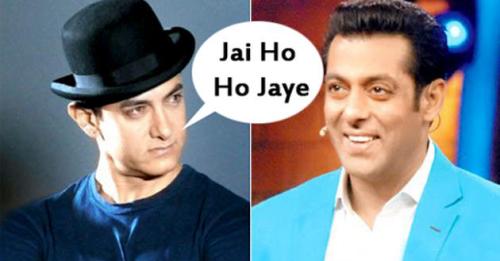 Remember how Salman Khan promoted Aamir Khan’s Dhoom-3 in his recently finished season of reality show Bigg Boss. Donning the Dhoom-3 hat, he was often noticed reciting ‘dhoom machale’ in front of the camera. Now it’s Aamir’s time to oblige him back. And he is doing it quite well with Salman’s upcoming potboiler ‘Jai Ho’.

Though Aamir kept himself away from doing promotional rounds on TV before the release of his superhit action-thriller, Salman wore ‘Dhoom: 3′ hats during his show for the film’s promotion.